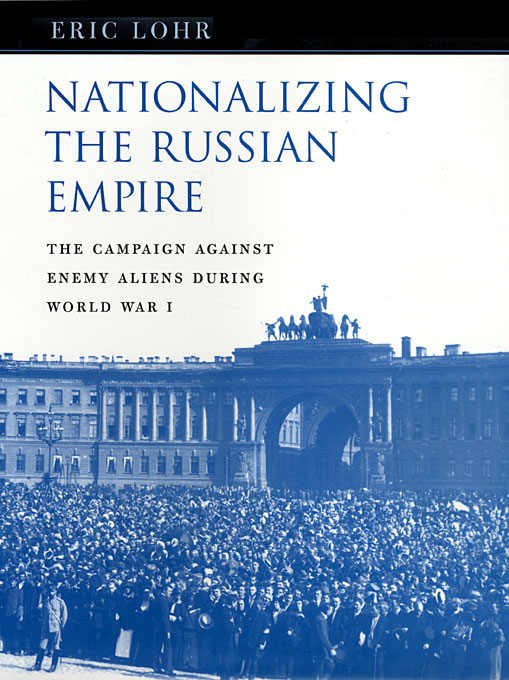 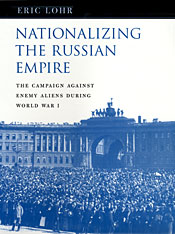 The Campaign against Enemy Aliens during World War I

In this compelling study of the treatment of “enemy” minorities in the Russian Empire during the First World War, Eric Lohr uncovers a dramatic story of mass deportations, purges, expropriations, and popular violence.A campaign initially aimed at restricting foreign citizens rapidly spun out of control. It swept up Russian subjects of German, Jewish, and Muslim backgrounds and drove roughly a million civilians from one part of the empire to another, resulting in one of the largest cases of forced migration in history to that time. Because foreigners and diaspora minorities were prominent among entrepreneurial and landowning elites, the campaign against them also became an explosive element in class and national tensions on the eve of the 1917 revolutions.

During the war, the imperial regime dropped its ambivalence about Russian nationalism and embraced unprecedented and radical policies that “nationalized” the economy, the land, and even the population. The core idea of the campaign—that the country needed to free itself from the domination of foreigners, internal enemies, and the exploitative world economic system—later became a central feature of the Soviet revolutionary model.

Based on extensive archival research, much in newly available sources, Nationalizing the Russian Empire is an important contribution to the study of empire and nationalism, the Russian Revolution, and ethnic cleansing.