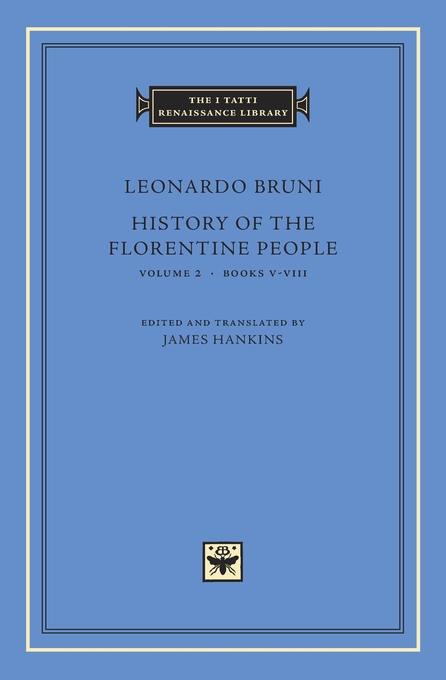 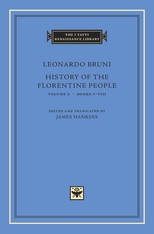 The I Tatti Renaissance Library 16

History of the Florentine People, Volume 2

The I Tatti Renaissance Library > History of the Florentine People

“Bruni, in trying to demonstrate that Florence could trace its legitimate republican tradition back to deep antiquity, wrote a history of his city on the model of the ancient history of Rome by Livy. As he did so, he read Livy’s eloquent, stagy book in a very imaginative, critical way. From the ancient historian’s idealized account of virtuous Romans, Bruni reconstructed the virtuous and powerful world of their enemies, the Etruscans—from whom, he claimed, the modern Tuscans were descended. In Bruni’s historical imagination, Livy’s stories of Horatius, heroically defending the bridge across the Tiber, and Mucius Scaevola, thrusting his hand into the fire to show his contempt for death, metamorphosed into instances of Roman weakness, superstition and dishonesty.”—Anthony T. Grafton, The New York Review of Books