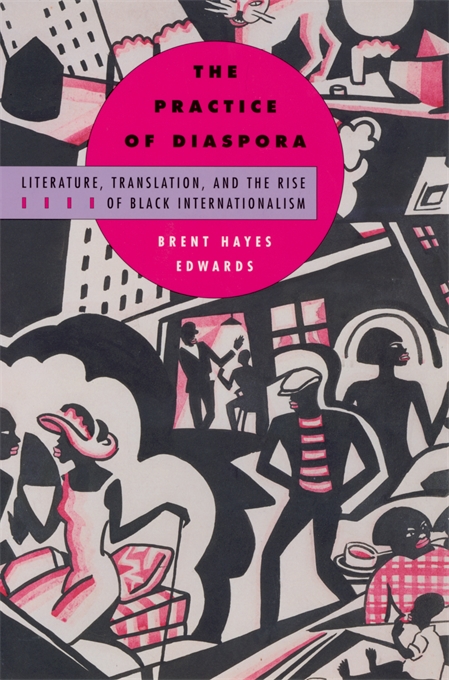 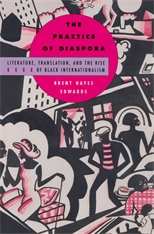 The Practice of Diaspora

Literature, Translation, and the Rise of Black Internationalism

A pathbreaking work of scholarship that will reshape our understanding of the Harlem Renaissance, The Practice of Diaspora revisits black transnational culture in the 1920s and 1930s, paying particular attention to links between intellectuals in New York and their Francophone counterparts in Paris. Brent Edwards suggests that diaspora is less a historical condition than a set of practices: the claims, correspondences, and collaborations through which black intellectuals pursue a variety of international alliances.

Edwards elucidates the workings of diaspora by tracking the wealth of black transnational print culture between the world wars, exploring the connections and exchanges among New York–based publications (such as Opportunity, The Negro World, and The Crisis) and newspapers in Paris (such as Les Continents, La Voix des Nègres, and L’Etudiant Noir). In reading a remarkably diverse archive—the works of writers and editors from Langston Hughes, René Maran, and Claude McKay to Paulette Nardal, Alain Locke, W.E.B. Du Bois, George Padmore, and Tiemoko Garan Kouyaté—The Practice of Diaspora takes account of the highly divergent ways of imagining race beyond the barriers of nation and language. In doing so, it reveals the importance of translation, arguing that the politics of diaspora are legible above all in efforts at negotiating difference among populations of African descent throughout the world.