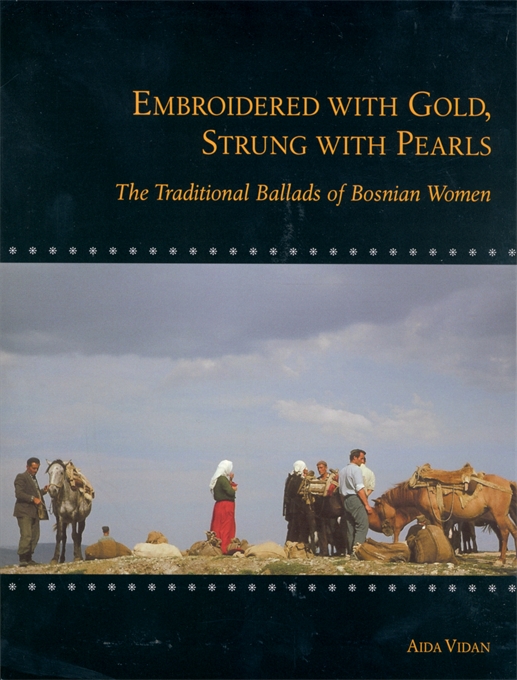 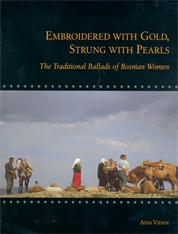 Publications of the Milman Parry Collection of Oral Literature 1

Embroidered with Gold, Strung with Pearls

The Traditional Ballads of Bosnian Women

Bosnian traditional ballads have intrigued many by their beauty and eloquence, from Goethe’s poetic interest in them in the eighteenth century to the work of twentieth-century scholars such as Milman Parry and Albert Lord. These songs are now available to the English reader in a bilingual edition offering a selection of never before translated or published materials from Harvard University’s Parry Collection. The forty oral ballads, many appearing in multiple versions, were performed by Bosnian women and gathered in the Gacko region of Bosnia and Herzegovina in the 1930s. Using Parry and Lord as a starting point, Aida Vidan supplements their theories with broader ethnological, cultural, and historical data. She seeks to understand issues such as the stability of the ballad, its transmission and dissemination, and its ties to mythology. She addresses an imbalance created by the pronounced focus on South Slavic epic songs in scholarly work of recent decades. While showing that each of the narrative genres in verse maintains its own stylistic features, she demonstrates that they nevertheless consist of the same basic compositional elements. In addition to comparative analysis of the materials from the Parry Collection, Vidan discusses numerous examples from published and unpublished sources in Croatian and Serbian.