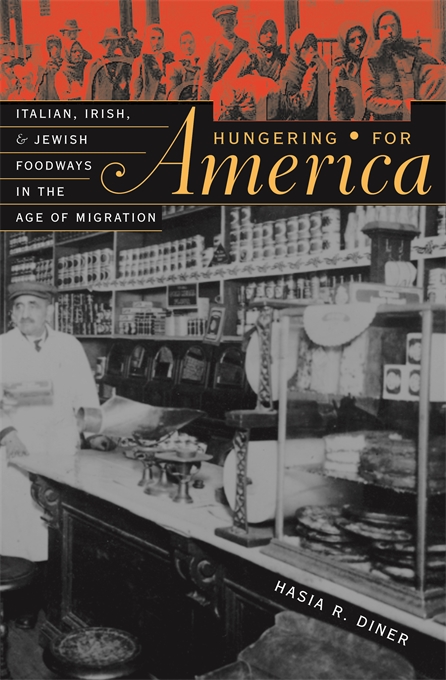 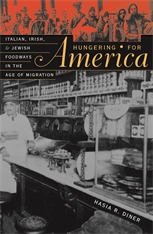 Italian, Irish, and Jewish Foodways in the Age of Migration

“In this fascinating survey of the eating habits and influences of Jewish, Italian, and Irish immigrants, Diner…charts with wit and graceful prose the similarities and differences between these three distinct groups as they encountered mainstream American culture… Diner deftly juggles a huge amount of detail and analysis—drawing upon memoirs, cookbooks, newspaper accounts, films and studies of consumer culture—and provides both political and social insights in a highly accessible social history.”—Publishers Weekly

“For those with an appetite for an excellent book on cultural history, I recommend Hungering for America.”—Jack Fischel, Indiana Jewish Post & Opinion

“In Hungering for America…Hasia R. Diner provides a richly detailed, highly original study of the changing food habits of three groups of immigrants—Italians, Irish, and Jews—who migrated to the United States between 1880 and 1920.”—Italian Tribune