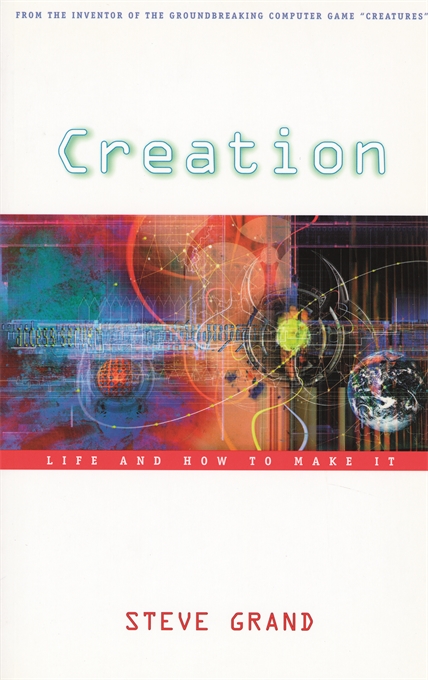 Life and How to Make It

Working mostly alone, almost single-handedly writing 250,000 lines of computer code, Steve Grand produced Creatures®, a revolutionary computer game that allowed players to create living beings complete with brains, genes, and hormonal systems—creatures that would live and breathe and breed in real time on an ordinary desktop computer. Enormously successful, the game inevitably raises the question: What is artificial life? And in this book—a chance for the devoted fan and the simply curious onlooker to see the world from the perspective of an original philosopher-engineer and intellectual maverick—Steve Grand proposes an answer.

From the composition of the brains and bodies of artificial life forms to the philosophical guidelines and computational frameworks that define them, Creation plumbs the practical, social, and ethical aspects and implications of the state of the art. But more than that, the book gives readers access to the insights Grand acquired in writing Creatures—insights that yield a view of the world that is surprisingly antireductionist, antimaterialist, and (to a degree) antimechanistic, a view that sees matter, life, mind, and society as simply different levels of the same thing. Such a hierarchy, Grand suggests, can be mirrored by an equivalent one that exists inside a parallel universe called cyberspace.