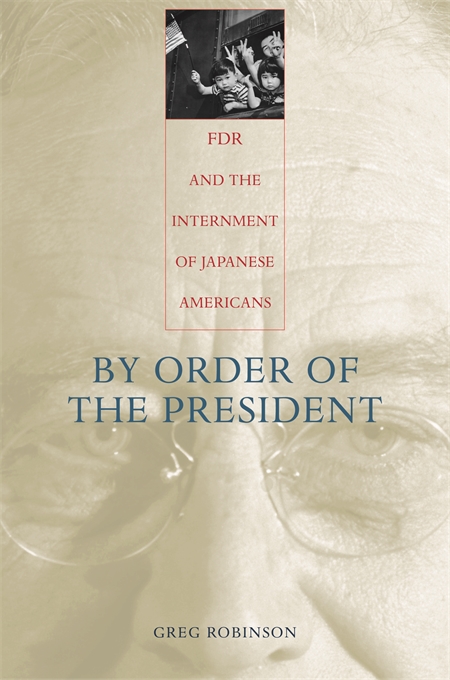 By Order of the President

FDR and the Internment of Japanese Americans

On February 19, 1942, following the Japanese bombing of Pearl Harbor and Japanese Army successes in the Pacific, President Franklin Delano Roosevelt signed a fateful order. In the name of security, Executive Order 9066 allowed for the summary removal of Japanese aliens and American citizens of Japanese descent from their West Coast homes and their incarceration under guard in camps. Amid the numerous histories and memoirs devoted to this shameful event, FDR’s contributions have been seen as negligible. Now, using Roosevelt’s own writings, his advisors’ letters and diaries, and internal government documents, Greg Robinson reveals the president’s central role in making and implementing the internment, and examines not only what the president did but why.

Robinson traces FDR’s outlook back to his formative years, and to the early twentieth century’s racialist view of ethnic Japanese in America as immutably “foreign” and threatening. These prejudicial sentiments, along with his constitutional philosophy and leadership style, contributed to Roosevelt’s approval of the unprecedented mistreatment of American citizens. His hands-on participation and interventions were critical in determining the nature, duration, and consequences of the administration’s internment policy.

By Order of the President attempts to explain how a great humanitarian leader and his advisors, who were fighting a war to preserve democracy, could have implemented such a profoundly unjust and undemocratic policy toward their own people. It reminds us of the power of a president’s beliefs to influence and determine public policy and of the need for citizen vigilance to protect the rights of all against potential abuses.