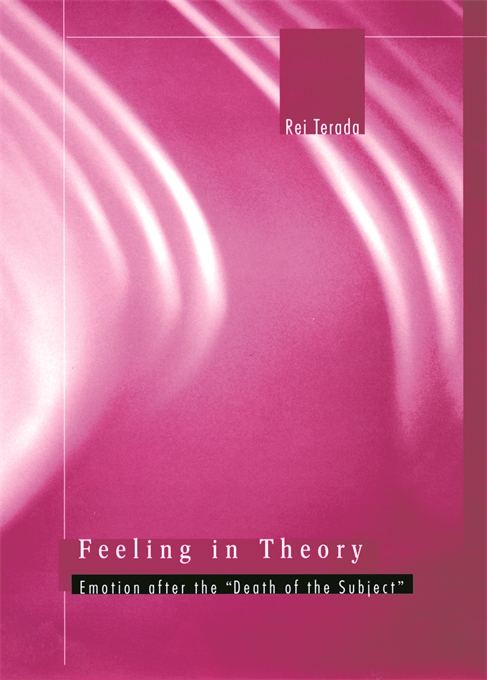 Emotion after the "Death of the Subject"

Because emotion is assumed to depend on subjectivity, the “death of the subject” described in recent years by theorists such as Derrida, de Man, and Deleuze would also seem to mean the death of feeling. This revolutionary work transforms the burgeoning interdisciplinary debate on emotion by suggesting, instead, a positive relation between the “death of the subject” and the very existence of emotion.

Reading the writings of Derrida and de Man—theorists often seen as emotionally contradictory and cold—Rei Terada finds grounds for construing emotion as nonsubjective. This project offers fresh interpretations of deconstruction’s most important texts, and of Continental and Anglo-American philosophers from Descartes to Deleuze and Dennett. At the same time, it revitalizes poststructuralist theory by deploying its methodologies in a new field, the philosophy of emotion, to reach a startling conclusion: if we really were subjects, we would have no emotions at all.

Engaging debates in philosophy, literary criticism, psychology, and cognitive science from a poststructuralist and deconstructive perspective, Terada’s work is essential for the renewal of critical thought in our day.