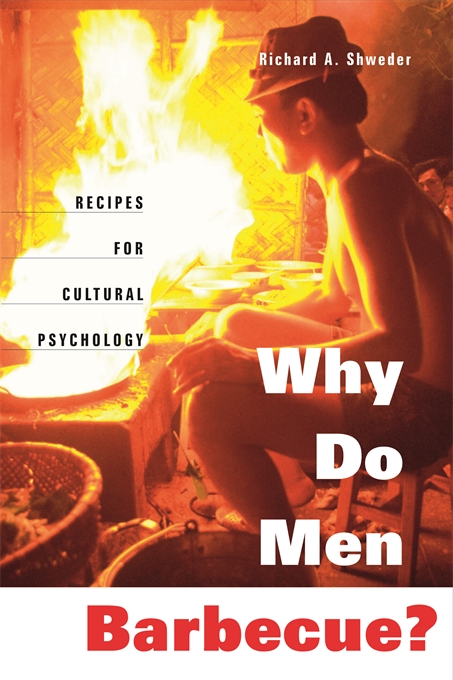 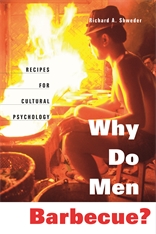 Why Do Men Barbecue?

Why do American children sleep alone instead of with their parents? Why do middle-aged Western women yearn for their youth, while young wives in India look forward to being middle-aged? In these provocative essays, one of the most brilliant advocates of cultural psychology reminds us that cultural differences in mental life lie at the heart of any understanding of the human condition.

Drawing on ethnographic studies of the distinctive modes of psychological functioning in communities around the world, Richard Shweder explores ethnic and cultural differences in ideals of gender, in the life of the emotions, in conceptions of mature adulthood and the stages of life, and in moral judgments about right and wrong.

Shweder, a cultural pluralist, dares readers to broaden their own conceptions of what is good, true, beautiful, and efficient and to take a closer look at specific cultural practices—parent/child cosleeping, arranged marriage, male and female genital modifications—that we may initially find alien or disturbing. He invites us to reject both radical relativism (the view that whatever is, is okay) and imperial visions of universal progressive cultural development (for example, the idea that “the West is Best”) and to engage in more deeply informed cultural critique.

The knowable world, Shweder observes, is incomplete if seen from any one point of view, incoherent if seen from all points of view at once, and empty if seen from nowhere in particular. This work strives for the “view from manywheres” in a culturally diverse yet interdependent world.