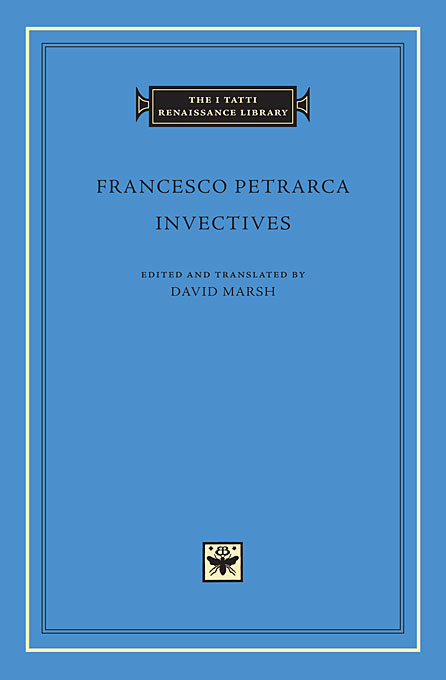 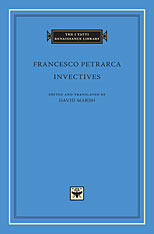 The I Tatti Renaissance Library 11

Edited and translated by David Marsh

Francesco Petrarca (1304–1374), one of the greatest of Italian poets, was also the leading spirit in the Renaissance movement to revive ancient Roman language and literature. Just as Petrarch’s Latin epic Africa imitated Virgil and his compendium On Illustrious Men was inspired by Livy, so Petrarch’s four Invectives were intended to revive the eloquence of the great Roman orator Cicero. The Invectives are directed against the cultural idols of the Middle Ages—against scholastic philosophy and medicine and the dominance of French culture in general. They defend the value of literary culture against obscurantism and provide a clear statement of the values of Renaissance humanism.

This volume provides a new critical edition of the Latin text based on the two autograph copies, and the first English translation of three of the four invectives.

David Marsh’s English translation of Invectives is also available in a paperback edition.