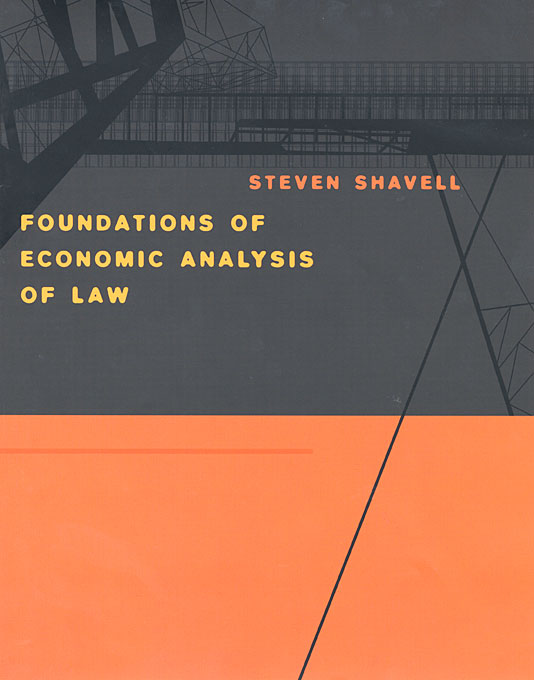 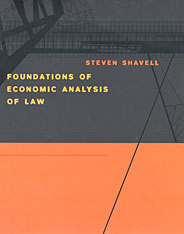 Foundations of Economic Analysis of Law

What effects do laws have? Do individuals drive more cautiously, clear ice from sidewalks more diligently, and commit fewer crimes because of the threat of legal sanctions? Do corporations pollute less, market safer products, and obey contracts to avoid suit? And given the effects of laws, which are socially best? Such questions about the influence and desirability of laws have been investigated by legal scholars and economists in a new, rigorous, and systematic manner since the 1970s. Their approach, which is called economic, is widely considered to be intellectually compelling and to have revolutionized thinking about the law.

Steven Shavell provides an in-depth analysis and synthesis of the economic approach to the building blocks of our legal system, namely, property law, tort law, contract law, and criminal law. He also examines the litigation process as well as welfare economics and morality. Aimed at a broad audience, this book requires neither a legal background nor technical economics or mathematics to understand it. Because of its breadth, analytical clarity, and general accessibility, it is likely to serve as a definitive work in the economic analysis of law.