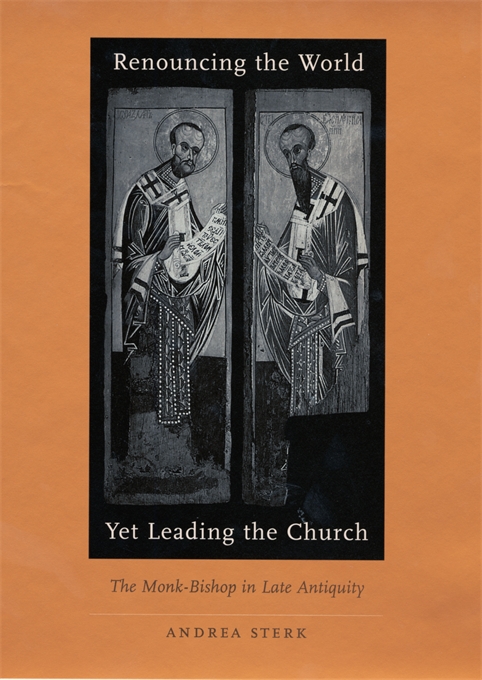 Renouncing the World yet Leading the Church

The Monk-Bishop in Late Antiquity

Although an ascetic ideal of leadership had both classical and biblical roots, it found particularly fertile soil in the monastic fervor of the fourth through sixth centuries. Church officials were increasingly recruited from monastic communities, and the monk-bishop became the dominant model of ecclesiastical leadership in the Eastern Roman Empire and Byzantium. In an interesting paradox, Andrea Sterk explains that “from the world-rejecting monasteries and desert hermitages of the east came many of the most powerful leaders in the church and civil society as a whole.”

Sterk explores the social, political, intellectual, and theological grounding for this development. Focusing on four foundational figures—Basil of Caesarea, Gregory of Nyssa, Gregory of Nazianzus, and John Chrysostom—she traces the emergence of a new ideal of ecclesiastical leadership: the merging of ascetic and episcopal authority embodied in the monk-bishop. She also studies church histories, legislation, and popular ascetic and hagiographical literature to show how the ideal spread and why it eventually triumphed. The image of a monastic bishop became the convention in the Christian east.

Renouncing the World yet Leading the Church brings new understanding of asceticism, leadership, and the church in late antiquity.