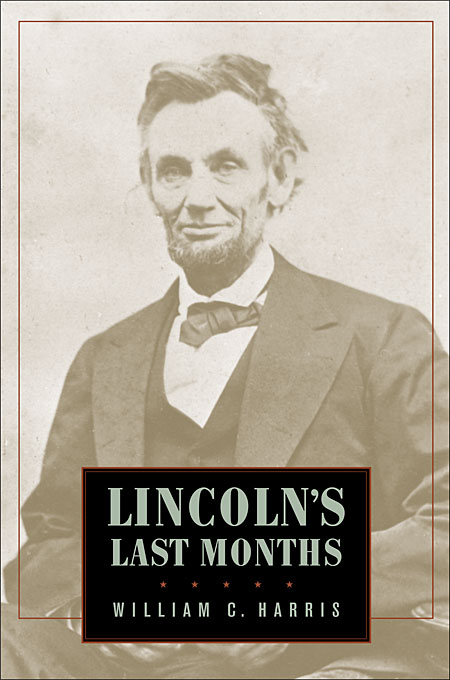 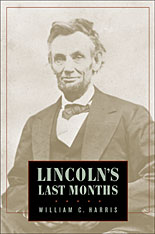 Lincoln Prize winner William C. Harris turns to the last months of Abraham Lincoln’s life in an attempt to penetrate this central figure of the Civil War, and arguably America’s greatest president. Beginning with the presidential campaign of 1864 and ending with his shocking assassination, Lincoln’s ability to master the daunting affairs of state during the final nine months of his life proved critical to his apotheosis as savior and saint of the nation.

In the fall of 1864, an exhausted president pursued the seemingly intractable end of the Civil War. After four years at the helm, Lincoln was struggling to save his presidency in an election that he almost lost because of military stalemate and his commitment to restore the Union without slavery. Lincoln’s victory in the election not only ensured the success of his agenda but led to his transformation from a cautious, often hesitant president into a distinguished statesman. He moved quickly to defuse destructive partisan divisions and to secure the adoption of the Thirteenth Amendment. And he skillfully advanced peace terms that did not involve the unconditional surrender of Confederate armies. Throughout this period of great trials, he managed to resist political pressure from Democrats and radical Republicans and from those seeking patronage and profit.

By expanding the context of Lincoln’s last months beyond the battlefield, Harris shows how the events of 1864–65 tested the president’s life and leadership and how he ultimately emerged victorious, and became Father Abraham to a nation.