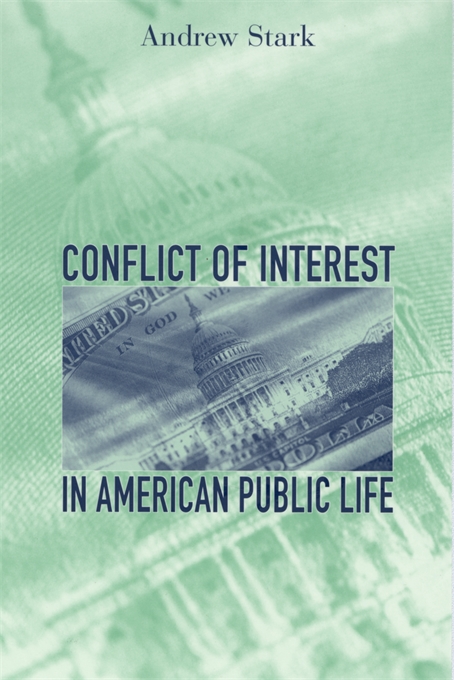 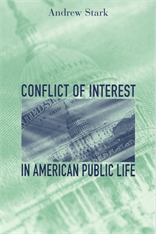 Ranging over a wide array of cases, Andrew Stark draws on legal, moral, and political thought—as well as the rhetoric of officeholders and the commentary of journalists—to analyze several decades of debate over conflict of interest in American public life. He offers new ways of interpreting the controversies about conflict of interest, explains their prominence in American political combat, and suggests how we might make them less venomous and intractable.

Stark shows that over the past forty years public opinion has shifted steadily toward an objective conception of conflict: instead of considering case-by-case motivations, we have adopted broadly prophylactic rules barring a variety of circumstances with no regard for whether individuals facing those circumstances would be moved in culpable ways. At the same time, we have shifted toward a subjective conception of interest: where we once focused narrowly on money, we now inquire into various commitments individuals might pursue in ways that could impair their judgment.

In exploring the consequences of these twin migrations—the passage of “conflict” from a subjective to an objective understanding; the transformation of “interest” from an objective to a subjective conception—the author aims to make our debates over public ethics less vexatious for officials, and more lucid for citizens.