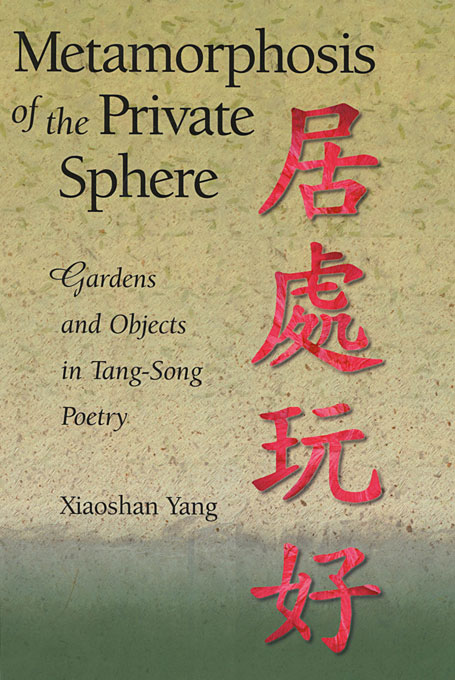 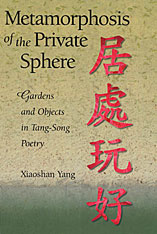 Metamorphosis of the Private Sphere

Gardens and Objects in Tang–Song Poetry

The Chinese garden has been explored from a variety of angles. Much has been written about its structural features as well as its cosmological, religious, philosophical, moral, aesthetic, and economic underpinnings. This book deals with the poetic configurations of the private garden in cities from the ninth to the eleventh century in relation to the development of the private sphere in Chinese literati culture. It focuses on the ways in which the new values and rhetoric associated with gardens and the objects found in them helped shape the processes of self-cultivation and self-imaging among the literati, as they searched for alternatives to conventional values at a time when traditional political, moral, and aesthetic norms were increasingly judged inapplicable or inadequate.

The garden was also an artifact and a locus for material culture and social competition. Focusing on a series of anecdotes about private transactions involving objects in gardens, the author dissects the intricate nexus between the exchange of poetry and the poetry of exchange. In tracing the development of the private urban garden through the writings of Bai Juyi, Su Shi, Sima Guang, and their contemporaries, the author argues that this private space figured increasingly as a place of disengagement for those out of political power and hence was increasingly invaded by political forces.