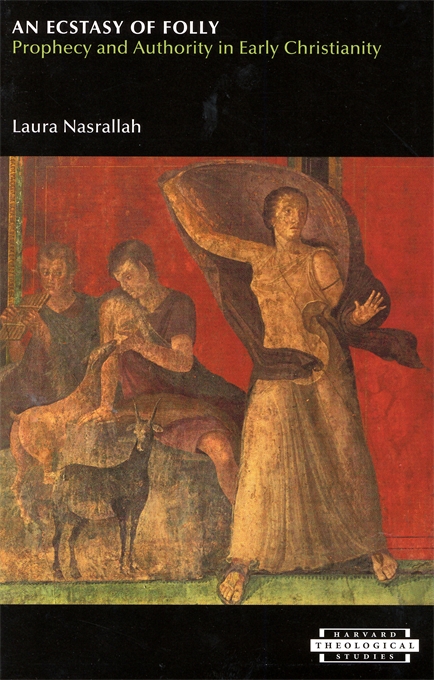 An Ecstasy of Folly

Prophecy and Authority in Early Christianity

Who is a true prophet? Who has real access to divine realms of knowledge? Early Christian communities accused each other’s prophets of madness and of making false claims to divine knowledge. This book argues that early Christians did not seek to answer questions about true prophecy or to define madness and rationality, but rather used this discourse in order to control knowledge, to establish their own authority, and to define Christian identity. Christians launched these arguments in the context of the Greco-Roman world, where prophecy, visions, ecstasy, and dreams—all considered part of the same phenomenon—were the subject of cutting-edge philosophical, medical, and even political debates.

Early Christian prophecy has usually been interpreted according to a model which explains that at its origins, Christianity was characterized by vibrant spiritual gifts which declined as church order and institutions developed. Arguing that a model of struggle informed by feminist theory and postcolonial criticism provides a better framework for understanding early Christian texts, this work clarifies how early Christian arguments about rationality, madness, and the role of spiritual gifts in history are attempts to negotiate authority and to define religious identity in the midst of many competing forms of Christianity. Laura Nasrallah uses New Testament and early third-century texts to trace the rhetoric of this debate—rhetoric that is still alive today as communities across the globe struggle to define religious identity.