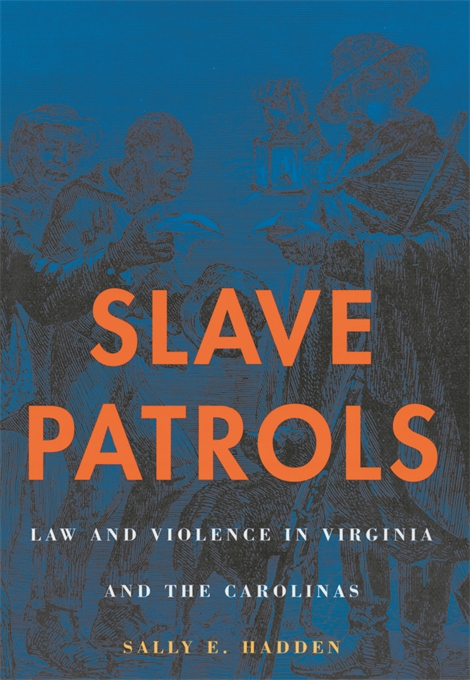 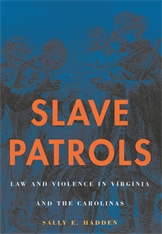 Law and Violence in Virginia and the Carolinas

Obscured from our view of slaves and masters in America is a critical third party: the state, with its coercive power. This book completes the grim picture of slavery by showing us the origins, the nature, and the extent of slave patrols in Virginia and the Carolinas from the late seventeenth century through the end of the Civil War. Here we see how the patrols, formed by county courts and state militias, were the closest enforcers of codes governing slaves throughout the South.

Mining a variety of sources, Sally Hadden presents the views of both patrollers and slaves as she depicts the patrols, composed of “respectable” members of society as well as poor whites, often mounted and armed with whips and guns, exerting a brutal and archaic brand of racial control inextricably linked to post–Civil War vigilantism and the Ku Klux Klan. City councils also used patrollers before the war, and police forces afterward, to impose their version of race relations across the South, making the entire region, not just plantations, an armed camp where slave workers were controlled through terror and brutality.