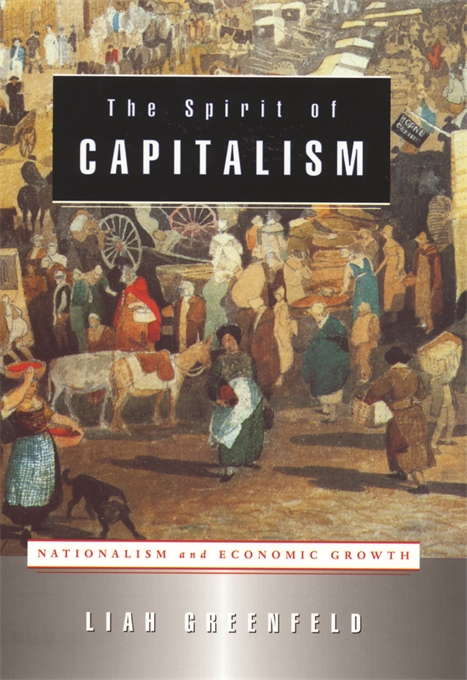 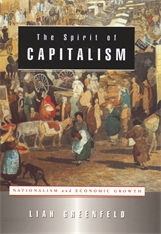 The Spirit of Capitalism

The Spirit of Capitalism answers a fundamental question of economics, a question neither economists nor economic historians have been able to answer: what are the reasons (rather than just the conditions) for sustained economic growth? Taking her title from Max Weber’s famous study on the same subject, Liah Greenfeld focuses on the problem of motivation behind the epochal change in behavior, which from the sixteenth century on has reoriented one economy after another from subsistence to profit, transforming the nature of economic activity. A detailed analysis of the development of economic consciousness in England, the Netherlands, France, Germany, Japan, and the United States allows her to argue that the motivation, or “spirit,” behind the modern, growth-oriented economy was not the liberation of the “rational economic actor,” but rather nationalism. Nationalism committed masses of people to an endless race for national prestige and thus brought into being the phenomenon of economic competitiveness.

Nowhere has economic activity been further removed from the rational calculation of costs than in the United States, where the economy has come to be perceived as the end-all of political life and the determinant of all social progress. American “economic civilization” spurs the nation on to ever-greater economic achievement. But it turns Americans into workaholics, unsure of the purpose of their pursuits, and leads American statesmen to exaggerate the weight of economic concerns in foreign policy, often to the detriment of American political influence and the confusion of the rest of the world.