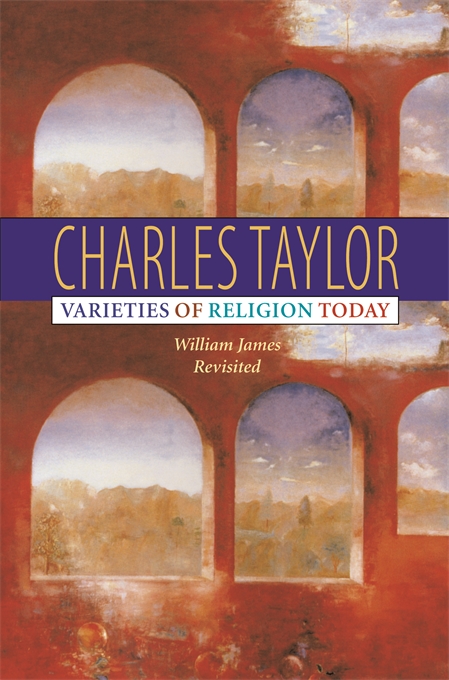 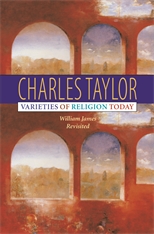 “Old-time religion had a story about these sources of despair, reinforced every Sunday morning, but James will have none of this—he cannot be so easily consoled. What he needs is a direct sensation of the presence of God. The trouble is that such experiences are rare, and fragile and isolating, not to mention questionable (even for a theist like James). Religion, if it is to survive, must be buttressed by more than fleeting sensation. The acute question raised by Charles Taylor’s interesting book is whether the modern world has room for anything else.”—Colin McGinn, The Wall Street Journal

“Now at last we have a book about…William James, and it has been produced by a religiously obsessed man himself. Charles Taylor has been writing philosophy for many years, and the scope of his achievement is extraordinary. He has written on ethics, epistemology, language, and politics. He has analyzed Greek, medieval, Renaissance, and modern thought in learned discourses on the history of ideas. Even more amazing, perhaps, is that a corpus of philosophy so wide should be so intellectually coherent. All of Taylor’s writings are unified by a goal, a mission, almost a calling: to understand by philosophical means who we have become and who we ought to strive to become… [A] small but very stimulating book.”—Erin Leib, The New Republic

“This short book by a great contemporary philosopher revisits William James’s Varieties of Religious Experience and finds much of it still valid a hundred years later.”—Tom D’Evelyn, The Christian Science Monitor

“Charles Taylor’s superb account of James’s theology offers a powerful critique of the assumptions and consequences of this approach to religion. For Taylor, the rise of the religion of experience is, in no small degree, responsible for the increasing secularization of Western culture. James’s religion is private religion, which has retreated from the public sphere and sets itself apart from the spirituality inherent within corporate life… Simply stated, without pretentiousness, yet underpinned by a great deal of philosophical sophistication, this is a must-read for all who are interested in the mission of the Church within an increasingly atomised secular culture.”—Giles Fraser, Church Time

“Arguing that James’s work has a striking topicality…Charles Taylor returns to James’s arguments to shed light on the contemporary spiritual scene. Varieties of Religion Today is a rich, thought-provoking book, offering an incisive analysis of contemporary religious movements.”—Peter Emberley, The Globe and Mail

“A century later, one of the world’s most respected living philosophers, Canada’s Charles Taylor, is taking a fresh look at James’s classic. In his new book, Varieties of Religion Today…Taylor finds James’s book both incredibly prescient and seriously lacking. Taylor applauds James for extolling the value of inner experience over empty ritual, and for predicting what would happen in 20th-century religion: a shift to a style of spirituality that rejects dogma, stresses emotional experience, emphasizes choice, promotes secularism and places highest value on personal authenticity.”—Douglas Todd, The Halifax Daily News

“[A] compelling distillation in which we learn three primary things about William James. First of all is his individualistic and experiential definition of religion… Second, Taylor introduces us to James’ psychology which shuns the sunny optimists of life and takes more respectful interest in people who face life’s dread and overcome it by religious experience… Finally, we learn of James’ battle with the rationalistic and scientific agnosticism of his day.”—Larry Witham, The Washington Times

“This short sparkling book contains a communitarian’s reflections on the individualistic, experience-oriented religiosity of William James’s Varieties of Religious Experience. Taylor’s lectures wrestle with the question: ‘What does it mean to call our age secular?’ They offer an account of ‘how we got to be that way’… It is a great pleasure to read a discussion of New Age spirituality by a gifted intellectual who eschews both sociological detachment and nostalgic, partisan jeremiads. This book is an excellent introduction to Taylor’s more demanding volumes.”—D. Christie, Choice

“In the early 20th century, Harvard sociologist William James delivered a series of lectures in Edinburgh that were eventually put together in book form as The Varieties of Religious Experience, still in print today. A century later…Charles Taylor spoke for the same lecture series, revisiting James’s work for a postmodern audience. His Varieties of Religion Today is a provocative, witty, and worthy conversation with James’s timeless work.”—Publishers Weekly