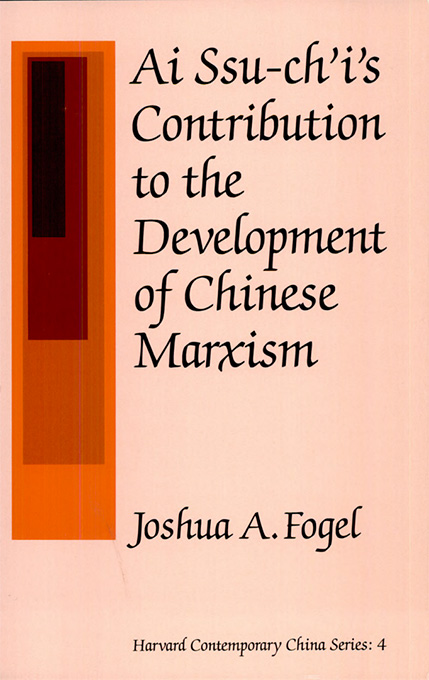 Before the Cultural Revolution, Ai Ssu-ch’i (1910–1966) was one of Communist China’s foremost Marxist philosophers, second only to Chairman Mao himself. Ai was attracted to Marxism-Leninism as a young student in China and Japan, and wrote numerous books and articles seeking to explain the complexities of the philosophy in language everyone could understand. His writings were enormously popular during the 1930s and 1940s, and went through many printings despite continuous harassment from Kuomintang censors.

This volume is the first full-length study of Ai Ssu-ch’i. In spite of his popularity, Ai has largely been ignored in recent histories of the Chinese Communist movement, because his importance lies in his function as a popularizer rather than as an original thinker. However, it can be shown that Mao and other leaders of the movement were influenced by him, and his writings and translations certainly helped to attract many young Chinese intellectuals to the Communist cause.

The recent flood of reminiscence literature in China has reserved a special place of prominence for Ai Ssu-ch’i. This is not only because he was so admired by Mao, but also because he devoted his life so enthusiastically and wholeheartedly to the Party. Joshua Fogel traces the pattern of this devotion via Ai’s crucial role in spreading Marxist-Leninist thought among Chinese intellectuals.