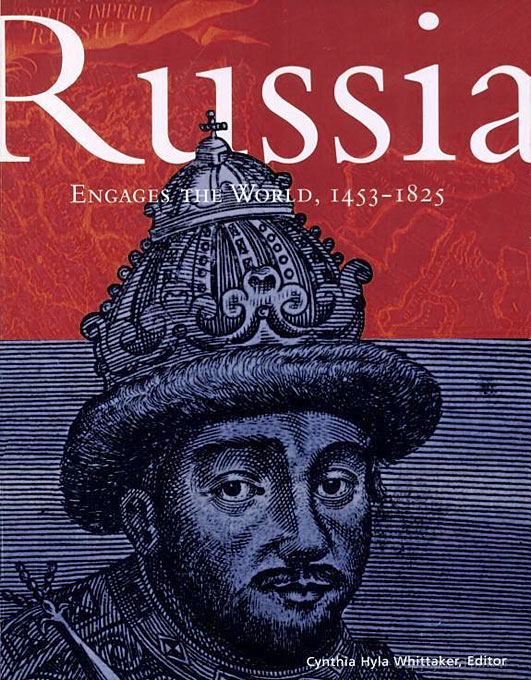 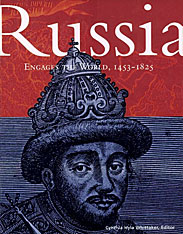 Russia Engages the World, 1453–1825, an elegant new book created by a team of leading historians in collaboration with The New York Public Library, traces Russia’s development from an insular, medieval, liturgical realm centered on Old Muscovy, into a modern, secular, world power embodied in cosmopolitan St. Petersburg. Featuring eight essays and 120 images from the Library’s distinguished collections, it is both an engagingly written work and a striking visual object. Anyone interested in the dramatic history of Russia and its extraordinary artifacts will be captivated by this book.

Before the late fifteenth century, Europeans knew virtually nothing about Muscovy, the core of what would become the “Russian Empire.” The rare visitor—merchant, adventurer, diplomat—described an exotic, alien place. Then, under the powerful tsar Peter the Great, St. Petersburg became the architectural embodiment and principal site of a cultural revolution, and the port of entry for the Europeanization of Russia. From the reign of Peter to that of Catherine the Great, Russia sought increasing involvement in the scientific advancements and cultural trends of Europe. Yet Russia harbored a certain dualism when engaging the world outside its borders, identifying at times with Europe and at other times with its Asian neighbors.

The essays are enhanced by images of rare Russian books, illuminated manuscripts, maps, engravings, watercolors, and woodcuts from the fifteenth to the nineteenth centuries, as well as the treasures of diverse minority cultures living in the territories of the Empire or acquired by Russian voyagers. These materials were also featured in an exhibition of the same name, mounted at The New York Public Library in the fall of 2003, to celebrate the tercentenary of St. Petersburg.