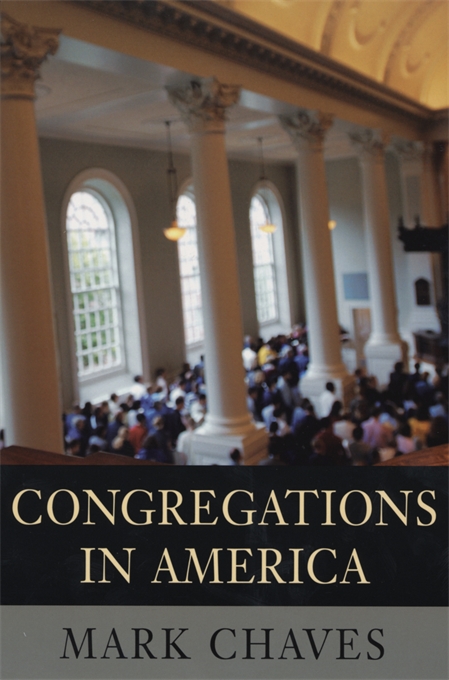 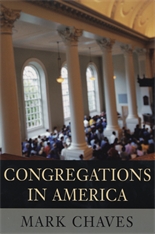 “There are more than 300,000 religious congregations in the United States… What do these congregations do, and what is their impact on American culture and society? Chaves’s thesis is that American congregations are not as active in social service and political engagement as both their defenders and detractors allege, but rather make their most important contribution as worshipping communities that use preaching, music, art and drama to forge congregational identity… With [an] emphasis on historical continuity, he suggests that American congregations have probably never been as active in social service as they would like to think, and have always been politically diverse.”—David Hempton, The Times Literary Supplement

“An unchurched observer might conclude that American congregational life centers on political or social service activities… [But] using his pioneering 1998 National Congregations Survey, the first study to delve into the specific activities of a truly representative sampling of the nation’s religious congregations, [Chaves] finds that politics and service programs are not the main draws. Indeed, most congregations put little effort into community work… What congregations are most engaged in, Chaves reveals, are cultural activities. That includes education and the many components of worship, of course, but also the generally less-remarked-upon activities of producing and consuming art and culture, particularly musical and theatrical performances, outside of worship.”—Jay Tolson, U.S. News and World Report

“A classic as well as timely contribution to our understanding of American religious organizations… [Chaves] take[s] commonly held assumptions about congregations, test[s] them empirically and revise[s] the way we think about them… Chaves’s book is a little like stepping on the bathroom scale. What we see may not fit our image of ourselves. But it gives us a reality check, helping us consider what we want to do about the mission of the church… [It] make[s] a tremendous contribution to our knowledge of the 300,000 congregations in America… A first-rate work of sociological scholarship.”—Carol E. Lytch, Christian Century

“One criterion for an effective public sociology is that it helps to start, or continue, a public conversation by speaking directly to an audience’s presuppositions. Congregations in America does just that, by challenging commonsense theses on congregations’ social service and political roles. I am very glad that Chaves has produced an elaborate, extensive description and analysis of what American congregations do and what worship is like. This is material we sorely need, and it is clearly presented, meticulously argued, and just plain fascinating.”—Paul Lichterman, American Journal of Sociology

“In his new book, Congregations in America, Mark Chaves offers detailed descriptions of the basic activities of American congregations. It is vital reading for scholars interested in the history and contemporary practice of religion in the United States.”—AScribe Newswire