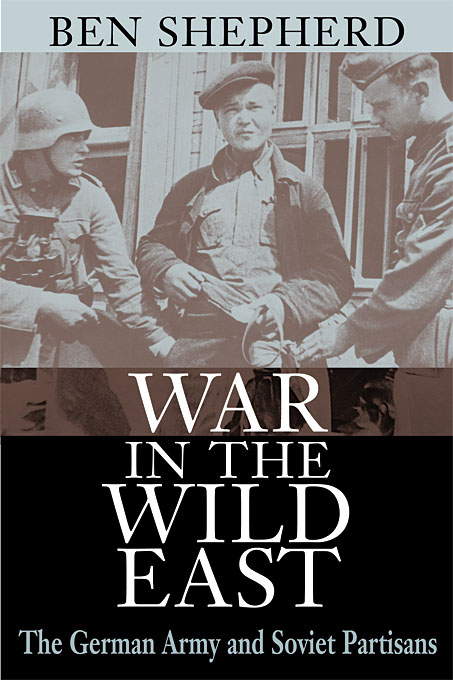 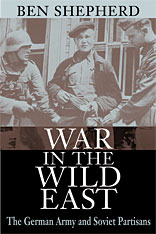 War in the Wild East

The German Army and Soviet Partisans

In Nazi eyes, the Soviet Union was the “wild east,” a savage region ripe for exploitation, its subhuman inhabitants destined for extermination or helotry. An especially brutal dimension of the German army’s eastern war was its anti-partisan campaign. This conflict brought death and destruction to thousands of Soviet civilians, and has been held as a prime example of ordinary German soldiers participating in the Nazi regime’s annihilation policies.

Ben Shepherd enters the heated debate over the wartime behavior of the Wehrmacht in a detailed study of the motivation and conduct of its anti-partisan campaign in the Soviet Union. He investigates how anti-partisan warfare was conducted, not by the generals, but by the far more numerous, average Germans serving as officers in the field. What shaped their behavior was more complex than Nazi ideology alone. The influence of German society, as well as of party and army, together with officers’ grueling yet diverse experience of their environment and enemy, made them perceive the anti-partisan war in varied ways. Reactions ranged from extreme brutality to relative restraint; some sought less to terrorize the native population than to try to win it over. The emerging picture does not dilute the suffering the Wehrmacht’s eastern war inflicted. It shows, however, that properly judging ordinary Germans’ role in that war is more complicated than is indicated by either wholesale condemnation or wholesale exoneration.

This valuable study offers a nuanced discussion of the diversity of behaviors within the German army, as well as providing a compelling exploration of the war and counterinsurgency operations on the eastern front.