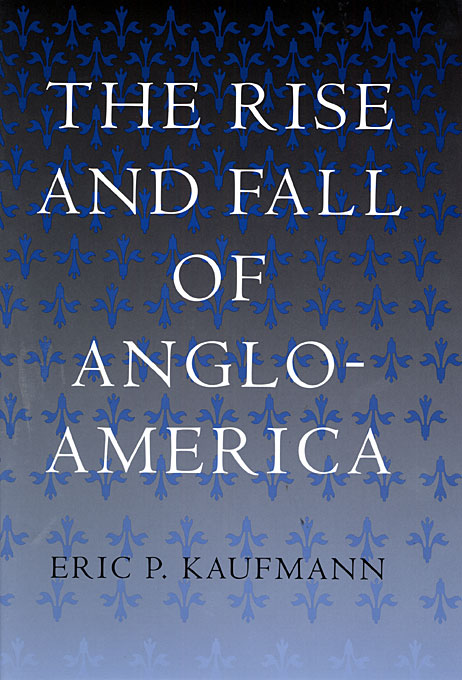 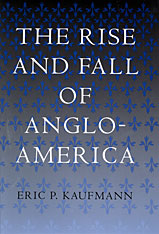 The Rise and Fall of Anglo-America

As the 2000 census resoundingly demonstrated, the Anglo-Protestant ethnic core of the United States has all but dissolved. In a country founded and settled by their ancestors, British Protestants now make up less than a fifth of the population. This demographic shift has spawned a “culture war” within white America. While liberals seek to diversify society toward a cosmopolitan endpoint, some conservatives strive to maintain an American ethno-national identity. Eric Kaufmann traces the roots of this culture war from the rise of WASP America after the Revolution to its fall in the 1960s, when social institutions finally began to reflect the nation’s ethnic composition.

Kaufmann begins his account shortly after independence, when white Protestants with an Anglo-Saxon myth of descent established themselves as the dominant American ethnic group. But from the late 1890s to the 1930s, liberal and cosmopolitan ideological currents within white Anglo-Saxon Protestant America mounted a powerful challenge to WASP hegemony. This struggle against ethnic dominance was mounted not by subaltern immigrant groups but by Anglo-Saxon reformers, notably Jane Addams and John Dewey. It gathered social force by the 1920s, struggling against WASP dominance and achieving institutional breakthrough in the late 1960s, when America truly began to integrate ethnic minorities into mainstream culture.