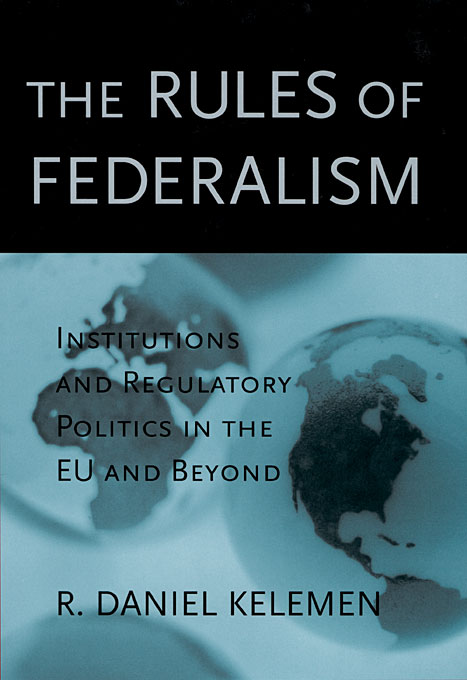 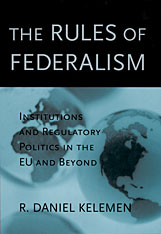 The Rules of Federalism

Institutions and Regulatory Politics in the EU and Beyond

This book examines patterns of environmental regulation in the European Union and four federal polities—the United States, Germany, Australia, and Canada. Daniel Kelemen develops a theory of regulatory federalism based on his comparative study, arguing that the greater the fragmentation of power at the federal level, the less discretion is allotted to component states. Kelemen’s analysis offers a novel perspective on the EU and demonstrates that the EU already acts as a federal polity in the regulatory arena.

In The Rules of Federalism, Kelemen shows that both the structure of the EU’s institutions and the control these institutions exert over member states closely resemble the American federal system, with its separation of powers, large number of veto points, and highly detailed, judicially enforceable legislation. In the EU, as in the United States, a high degree of fragmentation in the central government yields a low degree of discretion for member states when it comes to implementing regulatory statutes.