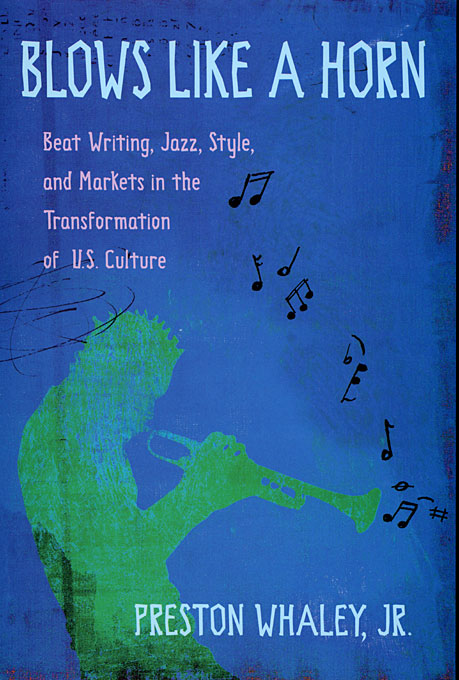 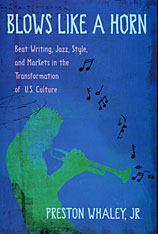 Beat Writing, Jazz, Style, and Markets in the Transformation of U.S. Culture

Reopening the canons of the Beat Generation, Blows Like a Horn traces the creative counterculture movement as it cooked in the heat of Bay Area streets and exploded into spectacles, such as the scandal of the Howl trial and the pop culture joke of beatnik caricatures.

Preston Whaley shows Beat artists riding the glossy exteriors of late modernism like a wave. Participants such as Lawrence Lipton, Lawrence Ferlinghetti, and at great personal cost, even Jack Kerouac, defied the traditional pride of avant-garde anonymity. They were ambitious to change the culture and used mass-mediated scandal, fame, and distortion to attract knowing consumers to their poetry and prose.

Blows Like a Horn follows the Beats as they tweaked the volume of excluded American voices. It watches vernacular energies marching through Beat texts on their migration from shadowy urban corners and rural backwoods to a fertile, new hyper-reality, where they warped into stereotypes. Some audiences were fooled. Others discovered truths and were changed.

Mirroring the music of the era, the book breaks new ground in showing how jazz, much more than an ambient soundtrack, shaped the very structures of Beat art and social life. Jazz, an American hybrid—shot through with an earned-in-the-woodshed, African American style of spontaneous intelligence—also gave Beat poetry its velocity and charisma.

Blows Like a Horn plumbs the actions and the art of celebrated and arcane Beat writers, from Allen Ginsberg to ruth weiss. The poetry, the music, the style—all of these helped transform U.S. culture in ways that are still with us.