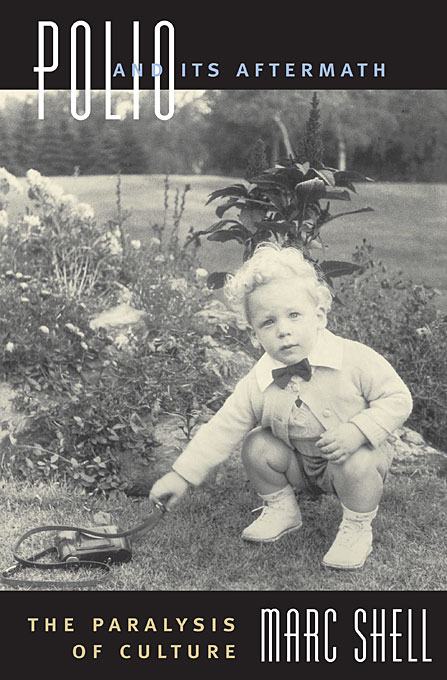 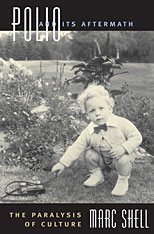 Polio and Its Aftermath

The Paralysis of Culture

It was not long ago that scientists proclaimed victory over polio, the dread disease of the 1950s. More recently polio resurfaced, not conquered at all, spreading across the countries of Africa. As we once again face the specter of this disease, along with other killers like AIDS and SARS, this powerful book reminds us of the personal cost, the cultural implications, and the historical significance of one of modern humanity’s deadliest biological enemies. In Polio and Its Aftermath Marc Shell, himself a victim of polio, offers an inspired analysis of the disease. Part memoir, part cultural criticism and history, part meditation on the meaning of disease, Shell’s work combines the understanding of a medical researcher with the sensitivity of a literary critic. He deftly draws a detailed yet broad picture of the lived experience of a crippling disease as it makes it way into every facet of human existence.

Polio and Its Aftermath conveys the widespread panic that struck as the disease swept the world in the mid-fifties. It captures an atmosphere in which polio vied with the Cold War as the greatest cause of unrest in North America—and in which a strange and often debilitating uncertainty was one of the disease’s salient but least treatable symptoms. Polio particularly afflicted the young, and Shell explores what this meant to families and communities. And he reveals why, in spite of the worldwide relief that greeted Jonas Salk’s vaccine as a miracle of modern science, we have much more to fear from polio now than we know.