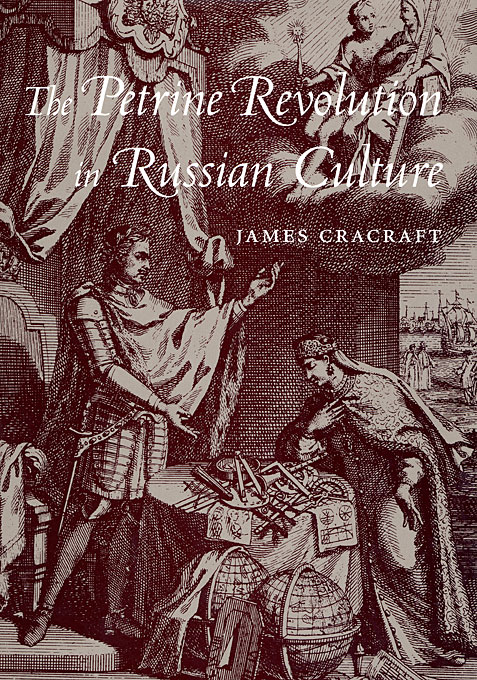 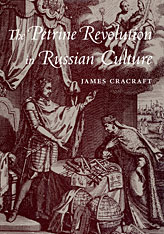 The Petrine Revolution in Russian Culture

The reforms initiated by Peter the Great transformed Russia not only into a European power, but into a European culture—a shift, argues James Cracraft, that was nothing less than revolutionary. The author of seminal works on visual culture in the Petrine era, Cracraft now turns his attention to the changes that occurred in Russian verbal culture.

The forceful institutionalization of the tsar’s reforms—the establishment of a navy, modernization of the army, restructuring of the government, introduction of new arts and sciences—had an enormous impact on language. Cracraft details the transmission to Russia of contemporary European naval, military, bureaucratic, legal, scientific, and literary norms and their corresponding lexical and other linguistic effects. This crucial first stage in the development of a “modern” verbal culture in Russia saw the translation and publication of a wholly unprecedented number of textbooks and treatises; the establishment of new printing presses and the introduction of a new alphabet; the compilation, for the first time, of grammars and dictionaries of Russian; and the initial standardization, in consequence, of the modern Russian literary language. Peter’s creation of the St. Petersburg Academy of Sciences, the chief agency advancing these reforms, is also highlighted.

In the conclusion to his masterwork, Cracraft deftly pulls together the Petrine reforms in verbal and visual culture to portray a revolution that would have dramatic consequences for Russia, and for the world.