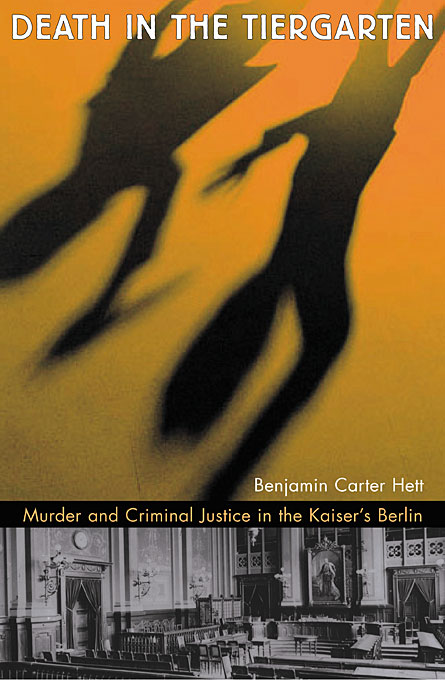 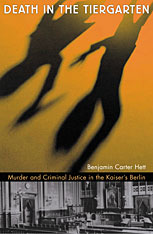 Death in the Tiergarten

Murder and Criminal Justice in the Kaiser’s Berlin

From Alexanderplatz, the bustling Berlin square ringed by bleak slums, to Moabit, site of the city’s most feared prison, Death in the Tiergarten illuminates the culture of criminal justice in late imperial Germany. In vivid prose, Benjamin Hett examines daily movement through the Berlin criminal courts and the lawyers, judges, jurors, thieves, pimps, and murderers who inhabited this world.

Drawing on previously untapped sources, including court records, pamphlet literature, and pulp novels, Hett examines how the law reflected the broader urban culture and politics of a rapidly changing city. In this book, German criminal law looks very different from conventional narratives of a rigid, static system with authoritarian continuities traceable from Bismarck to Hitler. From the murder trial of Anna and Hermann Heinze in 1891 to the surprising treatment of the notorious Captain of Koepenick in 1906, Hett illuminates a transformation in the criminal justice system that unleashed a culture war fought over issues of permissiveness versus discipline, the boundaries of public discussion of crime and sexuality, and the role of gender in the courts.

Trained in both the law and history, Hett offers a uniquely valuable perspective on the dynamic intersections of law and society, and presents an impressive new view of early twentieth-century German history.