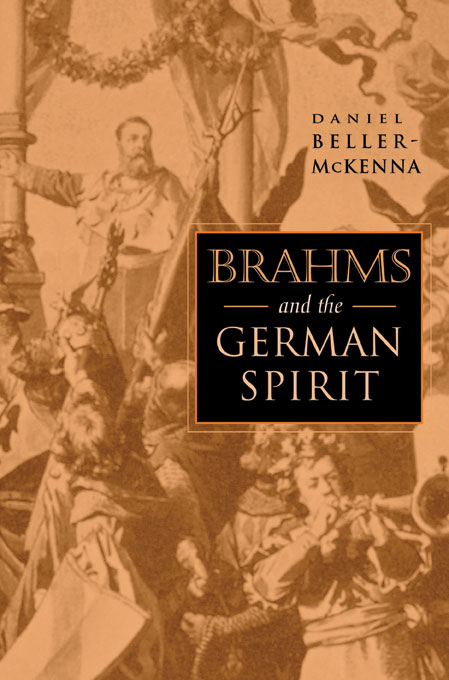 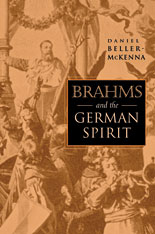 Brahms and the German Spirit

The music of Johannes Brahms is deeply colored, Daniel Beller-McKenna shows, by nineteenth-century German nationalism and by Lutheran religion. Focusing on the composer’s choral works, the author offers new insight on the cultural grounding for Brahms’s music.

Music historians have been reluctant to address Brahms’s Germanness, wary perhaps of fascist implications. Beller-McKenna counters this tendency; by giving an account of the intertwining of nationalism, politics, and religion that underlies major works, he restores Brahms to his place in nineteenth-century German culture. The author explores Brahms’s interest in the folk element in old church music; the intense national pride expressed in works such as the Triumphlied; the ways Luther’s Bible and Lutheranism are reflected in Brahms’s music; and the composer’s ideas about nation building. The final chapter looks at Brahms’s nationalistic image as employed by the National Socialists, 1933–1945, and as witnessed earlier in the century (including the complication of rumors that Brahms was Jewish).

In comparison to the overtly nationalist element in Wagner’s music, the German elements in Brahms’s style have been easy to overlook. This nuanced study uncovers those nationalistic elements, enriching our understanding both of Brahms’s art and of German culture.