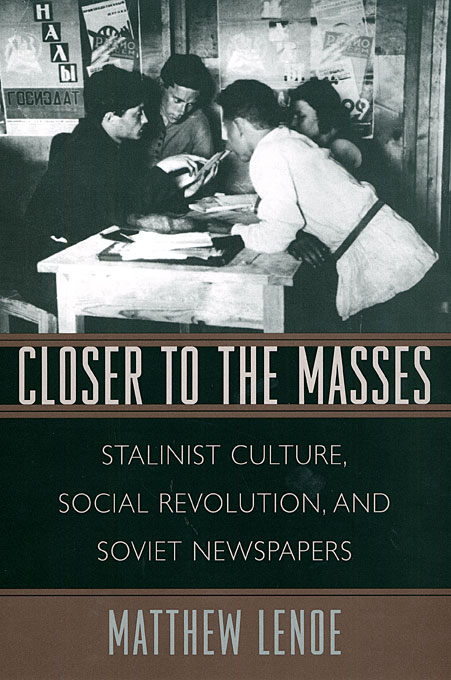 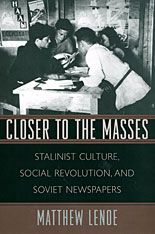 Closer to the Masses

In this provocative book, Matthew Lenoe traces the origins of Stalinist mass culture to newspaper journalism in the late 1920s. In examining the transformation of Soviet newspapers during the New Economic Policy and the First Five Year Plan, Lenoe tells a dramatic story of purges, political intrigues, and social upheaval.

Under pressure from the party leadership to mobilize society for the monumental task of industrialization, journalists shaped a master narrative for Soviet history and helped create a Bolshevik identity for millions of new communists. Everyday labor became an epic battle to modernize the USSR, a fight not only against imperialists from outside, but against shirkers and saboteurs within. Soviet newspapermen mobilized party activists by providing them with an identity as warrior heroes battling for socialism. Yet within the framework of propaganda directives, the rank-and-file journalists improvised in ways that ultimately contributed to the creation of a culture. The images and metaphors crafted by Soviet journalists became the core of Stalinist culture in the mid-1930s, and influenced the development of socialist realism.

Deeply researched and lucidly written, this book is a major contribution to the literature on Soviet culture and society.