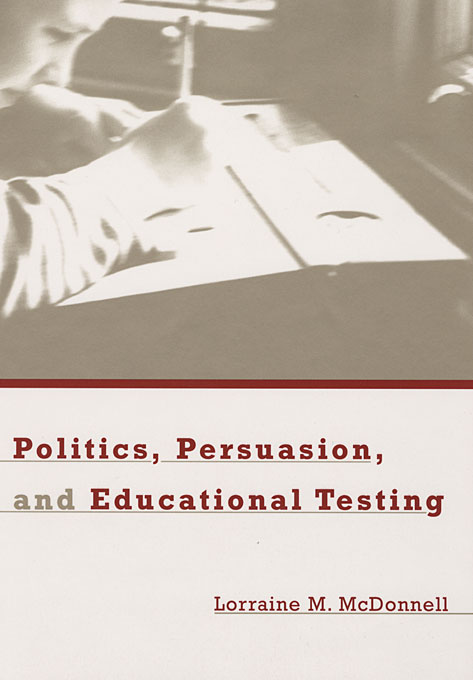 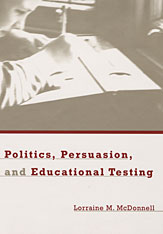 In a story of reform and backlash, Lorraine McDonnell reveals the power and the dangers of policies based on appeals to voters’ values. Exploring the political struggles inspired by mass educational tests, she analyzes the design and implementation of statewide testing in California, Kentucky, and North Carolina in the 1990s.

Educational reformers and political elites sought to use test results to influence teachers, students, and the public by appealing to their values about what schools should teach and offering apparently objective evidence about whether the schools were succeeding. But mass testing mobilized parents who opposed and mistrusted the use of tests, and left educators trying to mediate between angry citizens and policies the educators may not have fully supported. In the end, some testing programs were significantly altered. Yet despite the risks inherent in relying on values to change what students are taught, these tests and the educational ideologies behind them have modified classroom practice.

McDonnell draws lessons from these stories for the federal No Child Left Behind act, with its sweeping directives for high-stakes testing. To read this book is to witness the unfolding drama of America’s educational culture wars, and to see hope for their resolution.