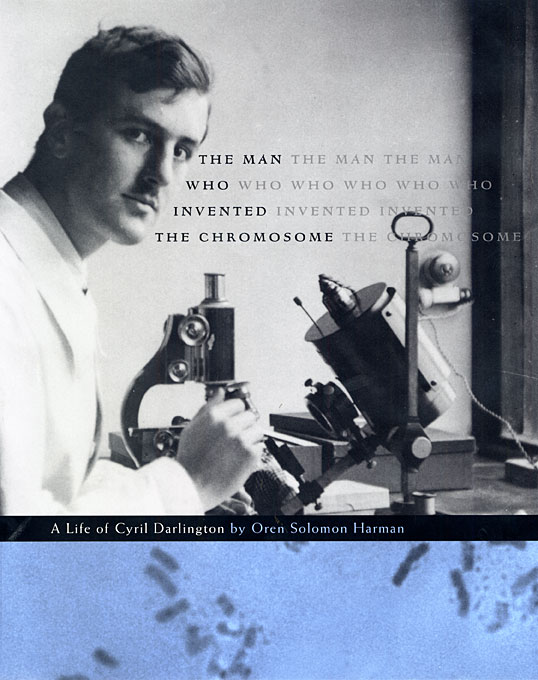 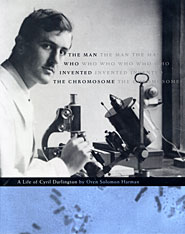 The Man Who Invented the Chromosome

A Life of Cyril Darlington

“Harman’s brilliant book—the first and, almost surely, the definitive biography—wrests the earlier Darlington from the later crank, recovering him as a human being and restoring him to scientific eminence. Drawing on Darlington’s voluminous papers, correspondence, and diaries, Harman recounts the personal odyssey that took his subject from a bleak childhood to high achievement in the new genetics; his scientific and political engagements, particularly his differences over Lysenko with his fellow biologists, many of them on the left; and his slide into the cantankerous biological conservatism that marked his later years. Harman writes in supple prose and with capacious discernment, providing a portrait of the man that is at once empathetic and critical, a study in character and personality that illuminates his science as well as his personal and professional lives.”—Daniel J. Kevles, The New Republic

“As Oren Solomon Harman shows in The Man Who Invented the Chromosome, Darlington’s controversial cytological research clarified many basic biological issues and provided essential evidence for the evolutionary synthesis of the 1940s. He ‘invented’ the chromosome by describing its behaviour in a way that made genetic and evolutionary sense… A strong commitment to an evolutionary perspective led Darlington to some unpopular conclusions, which he published in books and articles aimed at a wide audience. Convinced that biological principles, especially genetics, dictate human values, he espoused strong eugenic programmes… He felt that the time had come for science to determine morality: religion and politics should be replaced by evolutionary logic for individuals, countries and humanity… Harman provides a cautionary tale for those who seek to tie our humanity too closely to what is found in our chromosomes.”—Rena Selya, Nature

“Cyril Darlington was the leading cytologist in Britain between 1930 and 1950, and a major figure in the British genetics community, as well-known for his cantankerous personality as for his science… Overall, Harman has done an excellent job of portraying Darlington’s stormy personal and scientific life, bringing out his flaws as well as his achievements.”—Brian Charlesworth, Nature Medicine

“Harman does a good job of explaining the complex intellectual and technical problems in genetics and cytology and helps us understand the central importance of cytology to the modern conception of genes and genetic processes… This book clearly fills a void. Darlington should be better known, to both historians and scientists alike… This is a book that nobody who is interested in the history of twentieth-century genetics can afford to overlook.”—Manfred D. Laubichler, Journal of the History of Medicine

“Highly original and brilliantly accomplished, this is the first scholarly biography of Darlington and a richly effective one. Harman has based it on Darlington’s diaries, letters, and other papers, on extensive reading in other primary sources, and on authoritative knowledge of the secondary literature. The author wears his learning lightly, deftly integrating his research into a highly readable, engaging, and lucid narrative. It will surely find an appreciative audience among geneticists, evolutionary biologists, and cytologists as well as among historians of those fields and of eugenics.”—Daniel J. Kevles, author of The Baltimore Case: A Trial of Politics, Science, and Character