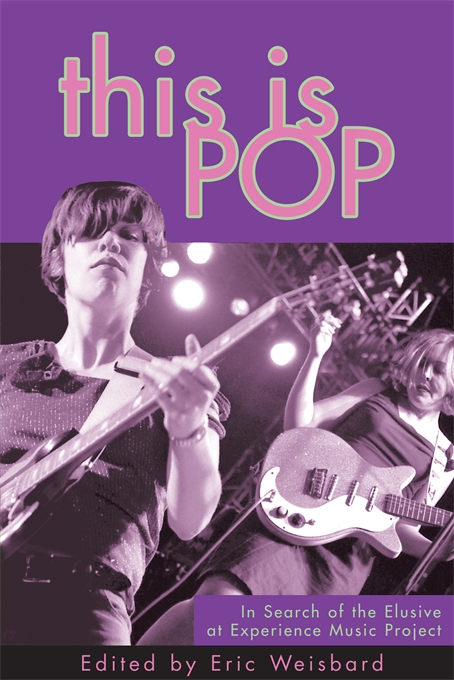 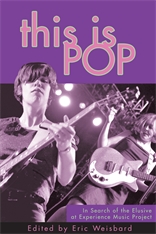 In Search of the Elusive at Experience Music Project

A range of genres, rooted in local impulses, reaching global audiences; a main prop of commercial culture and an art form open to aspirants and fans from every background: About the vast and diverse topic of pop, scholars and critics, journalists and musicians have much to say, but rarely to each other. A crossover venture begun at Seattle’s Experience Music Project, this book captures the academic and the critical, the musical and the literary in an impromptu dialogue that suggests the breadth and vitality of pop inquiry today.

This Is Pop illustrates what can happen when the best of scholarship, criticism, and pop’s inherent unruliness intersect. Robert Christgau and Gary Giddins, pivotal critics, encounter Simon Frith and Robert Walser, pioneers in the study of popular music. Luc Sante and Geoffrey O’Brien write about sound with the same prose elegance they apply to noir or New York streetlife. Musicians Carrie Brownstein and Sarah Dougher, both active in the riot grrl and rock scenes of the Pacific Northwest, examine how audience responses affect their craft. John Darnielle, of the Mountain Goats and the idiosyncratic zine Last Plane to Jakarta, attends to the web postings of hair metal fans. From film tracks to Merle Travis, from Ray Davies to rock infighting, from indie poetry to the Carly Simon Principle of pop sincerity, this book reflects the welter of ambition, style, and meaning that draw us to pop in the first place. The result is a collection as cluttered with treasures as a good music store.