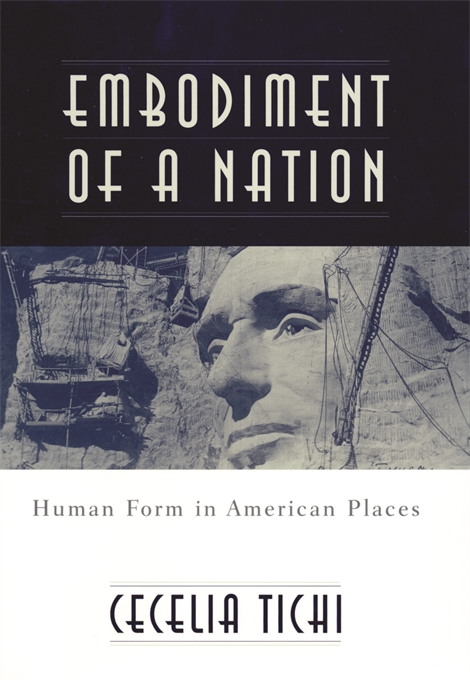 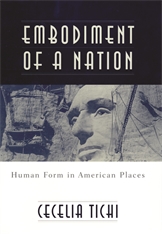 Embodiment of a Nation

From Harriet Beecher Stowe’s image of the Mississippi’s “bosom” to Henry David Thoreau’s Cape Cod as “the bared and bended arm of Massachusetts,” the U.S. environment has been recurrently represented in terms of the human body. Exploring such instances of embodiment, Cecelia Tichi exposes the historically varied and often contrary geomorphic expression of a national paradigm. Environmental history as cultural studies, her book plumbs the deep and peculiarly American bond between nationalism, the environment, and the human body.

Tichi disputes the United States’ reputation of being “nature’s nation.” U.S. citizens have screened out nature effectively by projecting the bodies of U.S. citizens upon nature. She pursues this idea by pairing Mount Rushmore with Walden Pond as competing efforts to locate the head of the American body in nature; Yellowstone’s Old Faithful with the Moon as complementary embodiments of the American frontier; and Hot Springs, Arkansas, with Love Canal as contrasting sites of the identification of women and water. A major contribution to current discussions of gender and nature, her book also demonstrates the intellectual power of wedding environmental studies to the social history of the human body.