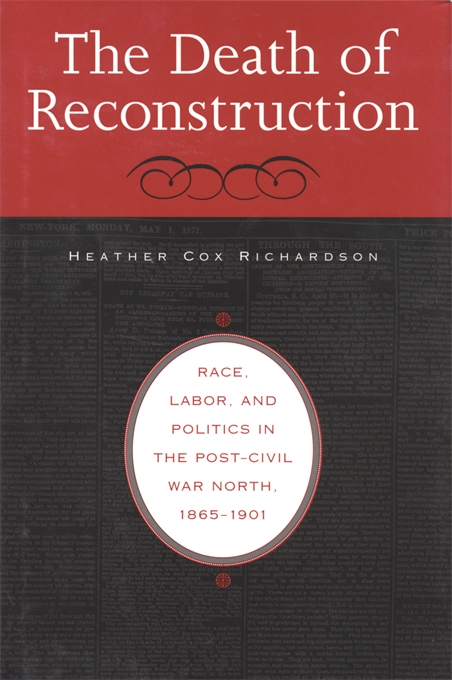 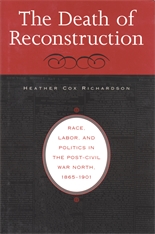 The Death of Reconstruction

Historians overwhelmingly have blamed the demise of Reconstruction on Southerners’ persistent racism. Heather Cox Richardson argues instead that class, along with race, was critical to Reconstruction’s end. Northern support for freed blacks and Reconstruction weakened in the wake of growing critiques of the economy and calls for a redistribution of wealth.

Using newspapers, public speeches, popular tracts, Congressional reports, and private correspondence, Richardson traces the changing Northern attitudes toward African-Americans from the Republicans’ idealized image of black workers in 1861 through the 1901 publication of Booker T. Washington’s Up from Slavery. She examines such issues as black suffrage, disenfranchisement, taxation, westward migration, lynching, and civil rights to detect the trajectory of Northern disenchantment with Reconstruction. She reveals a growing backlash from Northerners against those who believed that inequalities should be addressed through working-class action, and the emergence of an American middle class that championed individual productivity and saw African-Americans as a threat to their prosperity.

The Death of Reconstruction offers a new perspective on American race and labor and demonstrates the importance of class in the post–Civil War struggle to integrate African-Americans into a progressive and prospering nation.