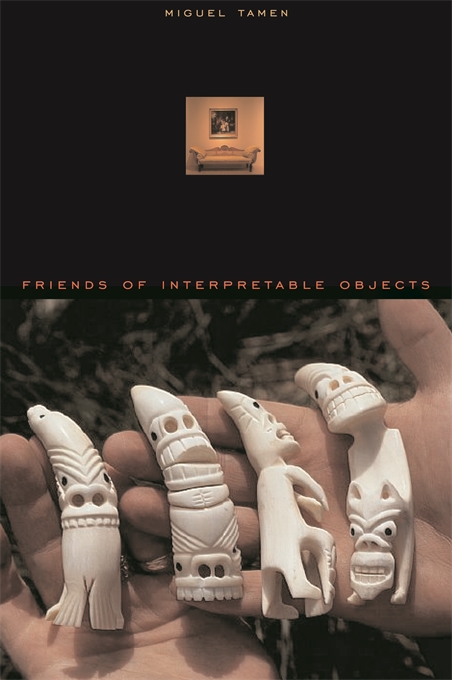 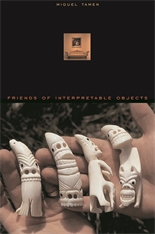 A strikingly original work, Friends of Interpretable Objects re-anchors aesthetics in the object of attention even as it redefines the practice, processes, meaning, and uses of interpretation.

Miguel Tamen’s concern is to show how inanimate objects take on life through their interpretation—notably, in our own culture, as they are collected and housed in museums. It is his claim that an object becomes interpretable only in the context of a “society of friends.” Thus, Tamen suggests, our inveterate tendency as human beings to interpret the phenomenal world gives objects not only a life but also a society. As his work unfolds, “friends” also takes on a legal sense, as advocates, introduced to advance the argument that the social life of interpreted and interpretable objects engenders a related web of social obligations.

Focusing on those who, through interpretation, make objects “speak” in settings as different as churches, museums, forests, and distant galaxies—those who know the best interests of corporations, endangered species, and works of art—Tamen exposes the common ground shared by art criticism, political science, tort law, and science. Learned and witty, with much to teach art historians, environmentalists, anthropologists, curators, and literary critics, his book utterly reorients our understanding of how we make sense of our world.