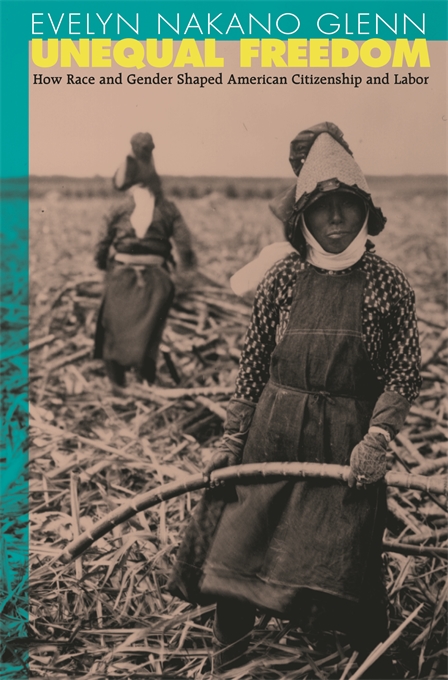 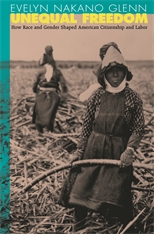 How Race and Gender Shaped American Citizenship and Labor

The inequalities that persist in America have deep historical roots. Evelyn Nakano Glenn untangles this complex history in a unique comparative regional study from the end of Reconstruction to the eve of World War II. During this era the country experienced enormous social and economic changes with the abolition of slavery, rapid territorial expansion, and massive immigration, and struggled over the meaning of free labor and the essence of citizenship as people who previously had been excluded sought the promise of economic freedom and full political rights.

After a lucid overview of the concepts of the free worker and the independent citizen at the national level, Glenn vividly details how race and gender issues framed the struggle over labor and citizenship rights at the local level between blacks and whites in the South, Mexicans and Anglos in the Southwest, and Asians and haoles (the white planter class) in Hawaii. She illuminates the complex interplay of local and national forces in American society and provides a dynamic view of how labor and citizenship were defined, enforced, and contested in a formative era for white-nonwhite relations in America.