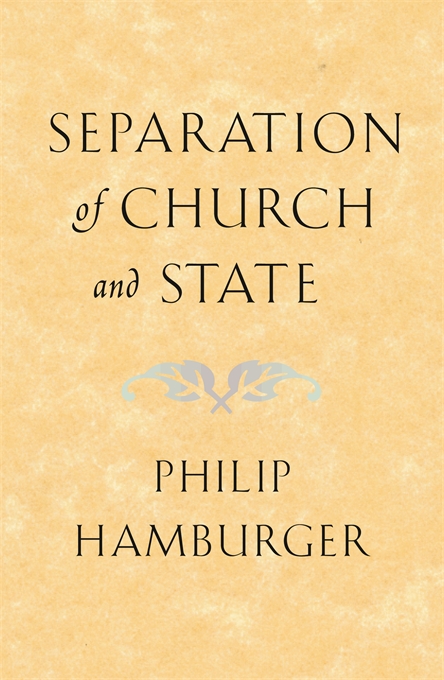 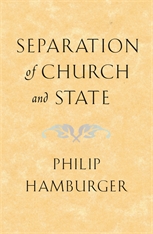 Separation of Church and State

“[Hamburger] devastates Jefferson’s notion of a ‘wall of separation’ between religion and government, demonstrating that such a notion was utterly idiosyncratic at the time. Strict separation was revived by anti-Catholics in the 19th century and picked up by the court in the 20th, a development for which Justice Hugo Black bore much responsibility. The modern era of judicial hostility to organized religion and its symbols in the public square is directly contrary to what the Framers meant when they prohibited the establishment of religion. Though Mr. Hamburger does not trace the damage done by preposterous decisions in recent decades, this is a marvelous book.”—Robert Bork, The Wall Street Journal

“Separation of Church and State by Philip Hamburger is, perhaps, the most talked about treatise on American church-state relations of the last generation. It is a weighty, thoroughly researched tome that presents a nuanced, provocative thesis and that strikes even seasoned church-state scholars as distinctive from most works on the subject… Hamburger’s fresh appraisal of the historical record adds much to our understanding of church–state separation… Few pages in this richly documented and cogently argued book fail to excite reflection or challenge long-held assumptions.”—Daniel Dreisbach, American Journal of Legal History

“Hamburger has written an extremely important book. His prodigious learning and ingenious interpretations overturn the conventional wisdom, forcing even the most passionate defenders of separationism to recognize how much of the story of religious liberty has taken on mythical dimensions.”—Alan Wolfe, Books & Culture

“This volume presents the fascinating and complex history of interpretations of the First Amendment in the U.S. and argues that the amendment’s antiestablishment clause did not mandate separation of church and state. Instead, Hamburger insists that separation, an idea that may mean far more than the absence of establishment, became a constitutional freedom over an extended period of time, largely through fear and prejudice… Recommended.”—S.C. Pearson, Choice

“Hamburger provides an alternate historical and political understanding concerning the development of the separation concept, relying on 17th- through 19th-century religious arguments and social patterns to challenge our accepted understanding of relationships between church and state… This clear historical analysis will be accessible to anyone interested in U.S. church–state relations and civil liberties. Highly recommended.”—Steven Puro, Library Journal

“This richly documented and cogently argued book challenges conventional interpretations of separation of church and state as a constitutional standard in American history and promises to reshape the debate on the constitutional and prudential relations between religion and American public life.”—Daniel L. Dreisbach, American University

“Philip Hamburger has, simply, produced the best and most important book ever written on the subject of the separation of church and state in the United States. He has laid to rest the historical credentials of the Jeffersonian myth of the ‘wall of separation,’ and shown how the notion of separation gained wide acceptance in the nineteenth century primarily due to the pervasiveness of American anti-Catholicism. He has also destroyed the notion that separation is the only alternative to the union of church and state, and demonstrated that acceptance of separation has in fact undermined the vitality of our original anti-establishment notions of religious freedom. Hamburger underplays the current constitutional implications of his historical arguments, but it is clear that this book will have a profound impact on the current law and politics of church and state.”—Stanley N. Katz, Princeton University, President, Emeritus, American Council of Learned Societies