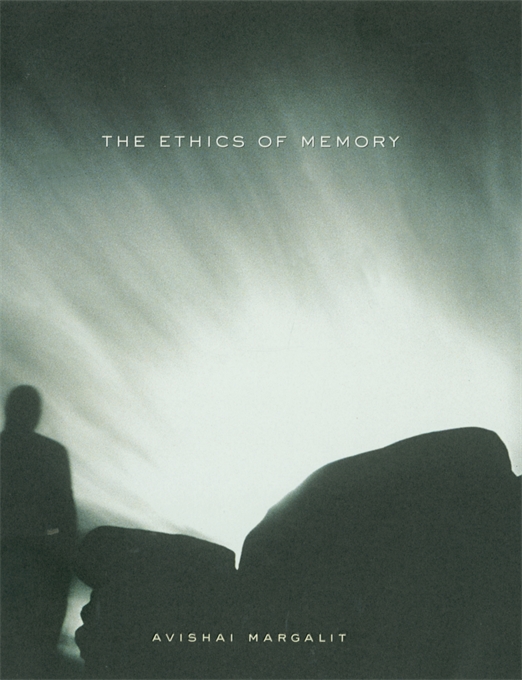 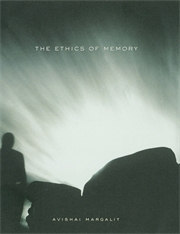 The Ethics of Memory

“[A] thought-provoking book… For Margalit…the paradigm is Jewish memories of the Holocaust, not Muslim memories of humiliation. Still, his sensitive meditations show how these two strains of hurt might be overcome. In a marvelous chapter called ‘Forgiving and Forgetting,’ Margalit asks whether we have a duty to forgive those who have wronged us. His answer is elegant… Margalit is an astonishingly humane thinker. His philosophy is always tied to making sense of us humans in all our complexity. And yet he is committed to making sense of us in ways that will make us better.”—Jonathan Lear, The New York Times Book Review

“So is there an ethics of memory, a duty of remembrance? Margalit worries the issue from all sides before giving a qualified yes. He doesn’t think that memory obligations are inevitable. If you aren’t caught up in what he calls ‘thick’ relations, family relations or relations of love or friendship or community, then you may have none at all. But if you are involved in such relations you do have obligations of memory, individual and communal… A lovely and often brilliant book. Margalit is, as he says, an illustrator rather than an explicator.”—Galen Strawson, The Guardian

“This stimulating, profoundly humane little book about the ethical dimension of memory could not have appeared at a more appropriate moment… [It is] a set of brilliant, challenging interrogations and propositions… The richness of Margalit’s approach lies in its avidity, in the author’s respect for every facet of existence; he can draw, in just a few paragraphs, examples from ordinary life and from momentous events.”—Lee Siegel, The Los Angeles Times Book Review

“Avishai Margalit’s book is a wonderfully effective antidote to both the marketing of memory and the ‘discourse’ of memory, a gift to all of us who are engaged by the contemporary arguments and who are radically unhappy about them… [Margalit] is a public philosopher, and one of the uses of this book is to display the resources of a good philosophical mind: the analytical skills, the grasp of the relevant example, the patience in argument, the capacity for indirection. It isn’t often that these resources are on display in such an accessible book, dealing with a topic so central to its non-professional readers.”—Michael Walzer, The New Republic

“Do we have a responsibility to remember the past? If so, why? And what people and what events ought we to remember? And who is the ‘we’ who ought to remember? These are the questions pursued by Avishai Margalit in this fascinating, provocative, and often exasperating book.”—Ross Poole, Ethics

“Avishai Margalit explores the ethical significance of memory and forgetting, with special reference to the potential value or even obligation to serve as the agent of historical memory for those who suffered and perished in the Holocaust. His subtle, nuanced, and elegant arguments are formed in a synthesis of traditional, British analytic philosophy and a profound sensitivity to the complexities of history and memory.”—Jeffrey Barker, H-Net Online

“Margalit…explores questions that affect human behavior and relationships in an unusually sensitive way. Humanistic, Jewish, and psychological perspectives come together in his exploration of memory, an aspect of our being not under our control and beyond our understanding… The Ethics of Memory offers philosophy for human use in our time.”—Sylvia Rothchild, The Jewish Advocate

“Margalit weaves a wonderfully clear account of what goes on in our minds and hearts when we encounter the past… [A] subtle and incisive book. Reading [Margalit], one realizes that the allocation of such labels as ‘heroes’ or ‘victims’ when we remember (or forgive) need not be a darkly inscrutable process in the depths of our minds. He brings it out in broad daylight, and the wonder of his exposition, which touches unblinkingly on a number of horrible subjects, is that it carries such a distinctly humane flavor.”—Bert Keizer, Threepenny Review

“In an analysis that limns sophisticated distinctions with rare clarity, philosopher Margalit explores the way we rely on memory to give meaning and substance to the ‘thick’ ethical relationships of family and friendship… A timely challenge to assess the meaning of what we individually and collectively remember—and forget.”—Bryce Christensen, Booklist

“Margalit maintains that we have ethical obligations to remember particular people and, more controversially, that a community can have, and ought to have, collective memories… This illuminating study is highly recommended.”—David Gordon, Library Journal

“This volume is novel in orientation, rich in suggestions and full of arresting lines that stimulate reflection and thought. The main unifying theme, as the title signals, is the treatment of memory, individual and collective, as something responsive to ethical evaluation. Many subsidiary themes are woven in and around this central motif, making for a rich, stimulating text.”—Philip Pettit, Professor of Social and Political Theory, Australian National University

“To say that it makes a substantial contribution to scholarship on an important topic would be an understatement. There is nothing like it in literature. It is morally powerful, deeply learned, closely argued, and elegantly and engagingly written. Margalit has an unparalleled ability to write clearly and forcefully about subjects that concern almost everyone, yet about which almost no one can say anything without sounding either banal or sentimental. He combines a remarkable sense of literary and cultural nuance with an analytic philosopher’s eye for conceptual clarity and fine distinctions.”—Arthur Ripstein, Professor of Philosophy, University of Toronto