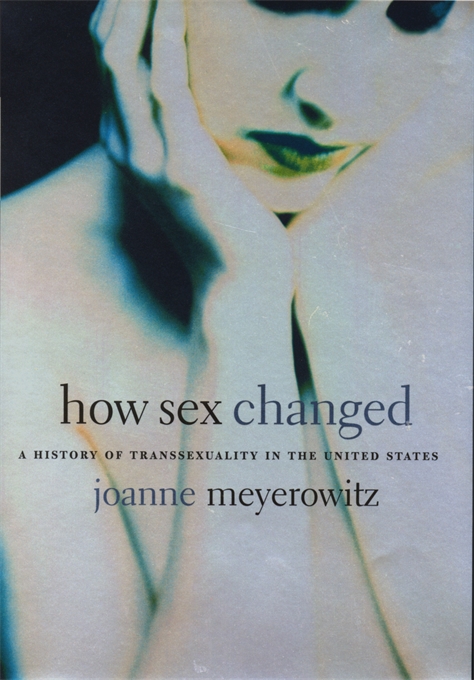 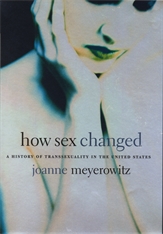 A History of Transsexuality in the United States

“This unusually intelligent and straightforward cultural history…convincingly shows that our coming to view ‘biological sex’—the physical markers of femininity and masculinity—as malleable rather than immutable constituted one of the most profound moral, social, legal, and medical changes in twentieth-century America.”—The Atlantic

“How Sex Changed is a sober, comprehensive cultural history that draws on previously unavailable archival sources. It is likely to become a standard reference in the field. How Sex Changed follows the growing self-identification and assertiveness of transsexuals in American society. One of its great strengths is its examination of the intersection and interaction of science and culture, a type of inquiry that should serve as a model for future work on gender issues… [This is] an intelligent, even indispensable, account.”—Julia M. Klein, The Nation

“[How Sex Changed] examines changing definitions of gender through the prism of transsexuality, that most mysterious of conditions in which a person is born with normal chromosomes and hormones for one sex but is convinced that he or she is a member of the other. Dr. Meyerowitz shows how mutable the words ‘male,’ ‘female,’ ‘sex,’ and ‘gender’ have become, and how their meanings have evolved through time. Hers is one of several new books on the subject of the transgendered… In terms of the scientific quandary of gender, [this book] is the most important.”—Dinitia Smith, The New York Times

“Meyerowitz details the advancement of medical treatments for transsexuals along with accompanying changes in the scientific as well as the popular lexicon… Though doctors have published a number of medical texts on transsexuality, and several transsexuals have published their autobiographies, Meyerowitz’s book stands out as a comprehensive, scholarly volume that incorporates research from a wide range of sources, including the perspectives of many transgender people themselves.”—Amanda Laughtland, The Progressive

“A thorough and fascinating academic study… Meyerowitz in this fine book uses the history of transsexuality and the narrative arc of Jorgensen’s story as a means by which to study our ever evolving notions of man and woman, sex and gender. The key word here is evolving. We haven’t figured anything out, but at least we’re asking questions.”—Jonathan Ames, Bookforum

“Gender is a fundamental part of human identity, yet for some people the question, ‘Male or female?’ is not easily answered. These individuals feel they are trapped in the wrong body. Their history, and especially their efforts to change their bodies through surgical and medical interventions, is the subject of this new book by Joanne Meyerowitz… This is a scientific work, but Meyerowitz keeps the very human side of the issue front and center throughout.”—Psychology Today

“In addition to examining these definitional battles, Meyerowitz details how transsexuality became a lens through which post-war American culture’s concerns with ‘the limits of individualism, the promises and pitfalls of science, the appropriate behavior of women and men, and the boundaries of acceptable gender expression’ were refracted. She uses the story of Jorgensen’s personal transformation to frame a riveting social, medical and cultural history of transsexualism in the United States… The richness of Meyerowitz’ incisive and accessible history lies in the breadth and depth of her research.”—Paisley Currah, Women’s Review of Books

“Beginning with the 1950s, Joanne Meyerowitz shows how sex-change surgery forced people into rethinking gender beyond binary categories of male and female… Meyerowitz is too smart to fall for the charms of such simple essentialism, and also shows that transsexual patients who hoped for surgery were prepared to structure their life stories, and their sense of self, to fit in with the institutional meanings and interpretations of their ‘condition’… Meyerowitz is correct to turn away from the more simplistic theoretical idiom which posits transsexuality as only ever a hybrid symbol of thirdness that denaturalizes and parodies gender binaries.”—H. G. Cocks, Journal of Contemporary History

“How Sex Changed brings the reader to the revelation that transsexuality functioned as both a cause and effect of surrounding notions of what sex, gender, and sexuality do or don’t have to do with each other…[it] also provides a compelling look at many of the most prominent researchers and clinicians involved in transsexuality. Reading this book one is struck not only by the astounding number of theories that were put forth to explain (and sometimes explain away) transsexuality but also by the stark contrast between those clinicians and researchers who wanted to help transsexual people and those who were only interested in advancing their own careers… This book ought to be required reading for everyone engaged in the study of sex, gender, and sexuality, since everyone so engaged can use the understanding Meyerowitz provide of how tangled ideas about sex and gender can become and how harmed those entangled can be. The writing style—blessedly free of the needless jargon that chills so many would-be sexy books—makes How Sex Changed a pleasure to read and accessible even to undergraduates. The use of primary and secondary literature feels like scholarship at its best without being plodding. Meyerowitz performs a masterful job showing how the popular press, the medical literature, and the autobiographies of transsexual people ended up playing off each other; a narrower historical study of transsexuality could easily have missed these critical insights.”—Alice D. Dreger, Journal of the History of Sexuality

“Meyerowitz, teacher and editor…uses both skills to explain a confusing subject and pilot readers through a morass of changing terminology and interpretations… The book might have bogged down in the anatomical, chromosomal, psychological, and social aspects of the differences between men and women, but Meyerowitz avoids this by maintaining focus on major trends and attitudes. She cites carefully chosen persons, organizations, and publications to demonstrate the gradual development of the now generally accepted idea of maleness and femaleness occupying a qualitative continuum rather than representing polar conditions. Detailed and informative, and well supported by references and notes, Meyerowitz’s work is commendable to anyone seriously interested in transsexuality.”—Booklist

“[A] fascinating account of how transsexuality has challenged American concepts of sex, gender, and sexuality in science, medicine, law, and popular culture in the 20th century… With her sympathetic reporting on the lives of individual men and women coming to terms with their transsexuality—especially Jorgensen, who lived until 1989—Meyerowitz gives serious social history an engaging human face. Informative and absorbing.”—Kirkus Reviews

“Meyerowitz’s easy, readable style makes her thorough research in a wide range of fields accessible and enjoyable, even when she is detailing such subjects as internecine fighting among psychiatrists over the merits of sex-change operations… [How Sex Changed] is an invaluable introduction to how ideas about gender and sexuality have evolved.”—Publishers Weekly

“A masterful history. Drawing on extensive and compelling evidence, Joanne Meyerowitz shows how transsexuals, the doctors who treated them, and the media not only expanded the possibilities for individual sex change but also transformed the cultural meanings of sex, gender, and sexuality in twentieth-century America.”—Estelle B. Freedman, author of No Turning Back: The History of Feminism and the Future of Women

“How Sex Changed succeeds brilliantly in bringing together cultural, medical, and social histories of transsexuality, and in giving powerful voice to transgendered and transsexual people’s role in making that history. This is a compelling and important book.”—Regina Kunzel, Williams College

“Quite simply the best work on transsexual history yet produced. How Sex Changed is a wonderful introduction to the topic for newcomers as well as a solid point of departure for specialists already working in the field. A lucid, readable tour de force of archival research.”—Susan Stryker, Executive Director, Gay, Lesbian, Bisexual, Transgender (GLBT) Historical Society/International Museum of GLBT History

“How Sex Changed brings transsexuals into the canon of U.S. history. Meyerowitz provides the disciplined analysis of the emergence of this minority that we need in order to bring them into our evolving gender history. This is one of the most original and useful contributions to the history of sexuality in a decade.”—James W. Reed, Rutgers University

“An absorbing tale. In Meyerowitz’s deft telling transsexuality becomes a complex phenomenon that shook the foundations of American thinking about the ostensibly natural linkages among sex, gender, and sexuality. This is a masterful work.”—Leila J. Rupp, author of A Desired Past: A Short History of Same-Sex Love in America

“This splendid, beautifully written history of sex changing is also a history of changing sexual politics, social and political identities, and new technologies that have combined to change all our lives. A ‘must have’ for all scholars of sex, sexual mores and sexual and gender politics, as well as required reading for all transsexual and transgender people. It is a reclamation of our history, of where we have come from and where we are going.”—Stephen Whittle, author of Respect and Equality: Transsexual and Transgender Rights