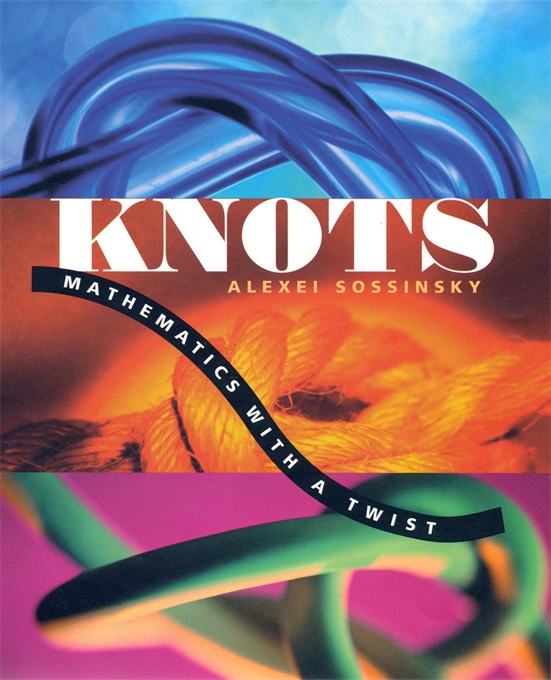 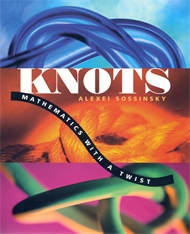 Mathematics with a Twist

Ornaments and icons, symbols of complexity or evil, aesthetically appealing and endlessly useful in everyday ways, knots are also the object of mathematical theory, used to unravel ideas about the topological nature of space. In recent years knot theory has been brought to bear on the study of equations describing weather systems, mathematical models used in physics, and even, with the realization that DNA sometimes is knotted, molecular biology.

This book, written by a mathematician known for his own work on knot theory, is a clear, concise, and engaging introduction to this complicated subject. A guide to the basic ideas and applications of knot theory, Knots takes us from Lord Kelvin’s early—and mistaken—idea of using the knot to model the atom, almost a century and a half ago, to the central problem confronting knot theorists today: distinguishing among various knots, classifying them, and finding a straightforward and general way of determining whether two knots—treated as mathematical objects—are equal.

Communicating the excitement of recent ferment in the field, as well as the joys and frustrations of his own work, Alexei Sossinsky reveals how analogy, speculation, coincidence, mistakes, hard work, aesthetics, and intuition figure far more than plain logic or magical inspiration in the process of discovery. His spirited, timely, and lavishly illustrated work shows us the pleasure of mathematics for its own sake as well as the surprising usefulness of its connections to real-world problems in the sciences. It will instruct and delight the expert, the amateur, and the curious alike.