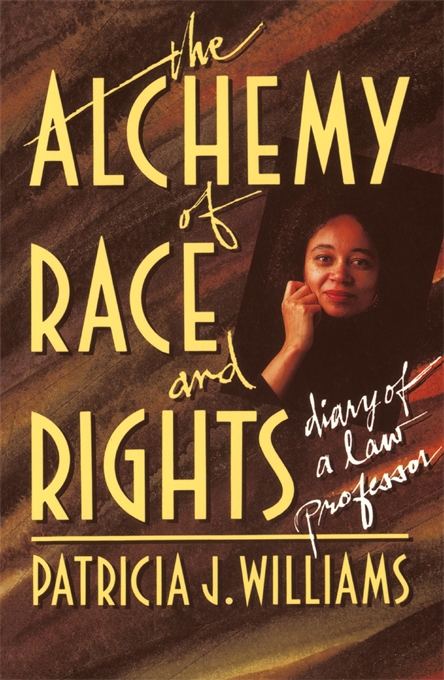 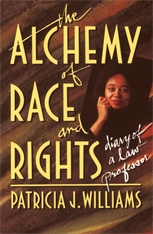 The Alchemy of Race and Rights

Patricia Williams is a lawyer and a professor of commercial law, the great-great-granddaughter of a slave and a white southern lawyer. The Alchemy of Race and Rights is an eloquent autobiographical essay in which the author reflects on the intersection of race, gender, and class. Using the tools of critical literary and legal theory, she sets out her views of contemporary popular culture and current events, from Howard Beach to homelessness, from Tawana Brawley to the law-school classroom, from civil rights to Oprah Winfrey, from Bernhard Goetz to Mary Beth Whitehead. She also traces the workings of “ordinary racism”—everyday occurrences, casual, unintended, banal perhaps, but mortifying. Taking up the metaphor of alchemy, Williams casts the law as a mythological text in which the powers of commerce and the Constitution, wealth and poverty, sanity and insanity, wage war across complex and overlapping boundaries of discourse. In deliberately transgressing such boundaries, she pursues a path toward racial justice that is, ultimately, transformative.

Williams gets to the roots of racism not by finger-pointing but by much gentler methods. Her book is full of anecdote and witness, vivid characters known and observed, trenchant analysis of the law’s shortcomings. Only by such an inquiry and such patient phenomenology can we understand racism. The book is deeply moving and not so, finally, just because racism is wrong—we all know that. What we don’t know is how to unthink the process that allows racism to persist. This Williams enables us to see. The result is a testament of considerable beauty, a triumph of moral tactfulness. The result, as the title suggests, is magic.