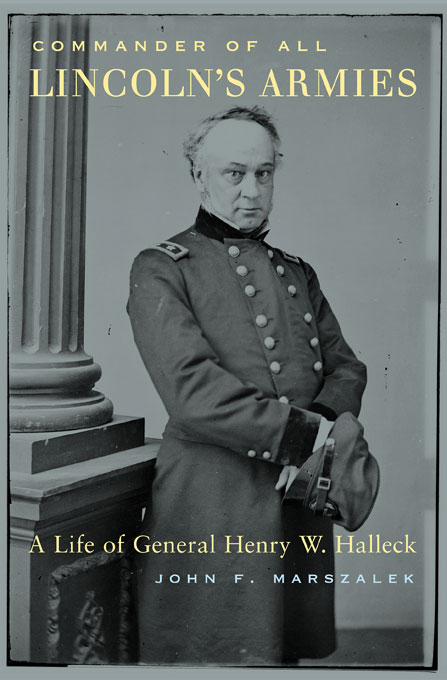 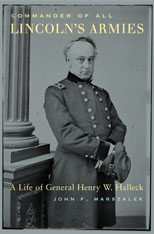 Commander of All Lincoln’s Armies

In the summer of 1862, President Lincoln called General Henry W. Halleck to Washington, D.C., to take command of all Union armies in the death struggle against the Confederacy. For the next two turbulent years, Halleck was Lincoln’s chief war advisor, the man the President deferred to in all military matters. Yet, despite the fact that he was commanding general far longer than his successor, Ulysses S. Grant, he is remembered only as a failed man, ignored by posterity.

In the first comprehensive biography of Halleck, the prize-winning historian John F. Marszalek recreates the life of a man of enormous achievement who bungled his most important mission. When Lincoln summoned him to the nation’s capital, Halleck boasted outstanding qualifications as a military theorist, a legal scholar, a brave soldier, and a California entrepreneur. Yet in the thick of battle, he couldn’t make essential decisions. Unable to produce victory for the Union forces, he saw his power become subsumed by Grant’s emergent leadership, a loss that paved the way for Halleck’s path to obscurity.

Harnessing previously unused research, as well as the insights of modern medicine and psychology, Marszalek unearths the seeds of Halleck’s fatal wartime indecisiveness in personality traits and health problems. In this brilliant dissection of a rich and disappointed life, we gain new understanding of how the key decisions of the Civil War were taken, as well as insight into the making of effective military leadership.