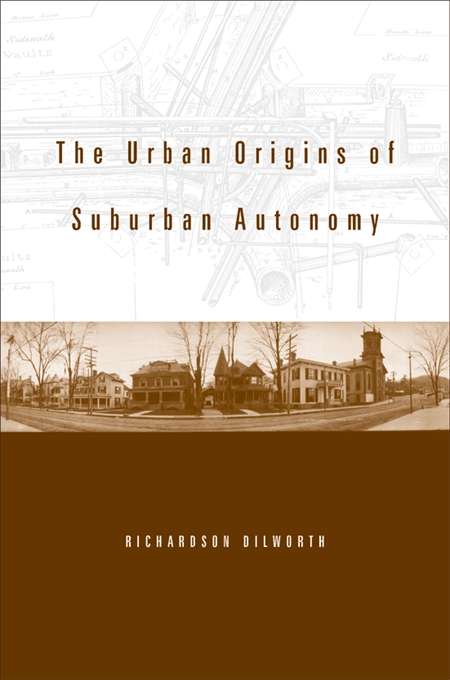 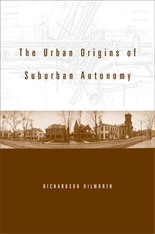 The Urban Origins of Suburban Autonomy

“Richardson Dilworth takes the familiar argument that cities use development policy to compete for residents in our fragmented metropolitan areas and flips it on its head. In Dilworth’s account, development policy is an important causal factor in the creation of the fragmented metropolitan areas in which this competition occurs. His detailed historical accounts of how communities in New York and New Jersey in the late 1800s dealt with issues of incorporation, consolidation, and annexation speak to current interest among urban polities scholars in patterns of suburbanization and the polities of regional coordination. By providing interesting accounts of how a good goes from being defined as private to public (e.g., water, gas), this book may also interest public policy scholars more generally.”—Juliet F. Gainsborough, Perspectives on Politics

“Dilworth has opened a new frontier in the study of urban politics and American political development. He has rediscovered the origins of modern metropolitan politics in the sidewalks, street lamps, sewers, and waterworks of the nineteenth-century city. In the process, he succeeds in joining fascinating historical details with a powerful explanation of how cities and suburbs came to be as they are today.”—Matthew Crenson, Johns Hopkins University, coauthor of Downsizing Democracy

“This is a first-rate study of the interactions among crucial forces that have shaped urban development in the United States. Dilworth explores public demands for improved water supply, sewerage, and street lighting in the late nineteenth and early twentieth centuries, and the different patterns of governmental response in meeting these demands in the New York–New Jersey region. He shows how these interactions prompted some large cities to annex outlying areas and the ways that limited city efforts—coupled with patterns of corruption—led some citizens to press successfully to incorporate their areas as independent suburbs. Dilworth draws upon original sources and so provides us with fresh evidence as well as an important general argument concerned with the evolution of urban society in America.”—Jameson W. Doig, Princeton University, author of Empire on the Hudson