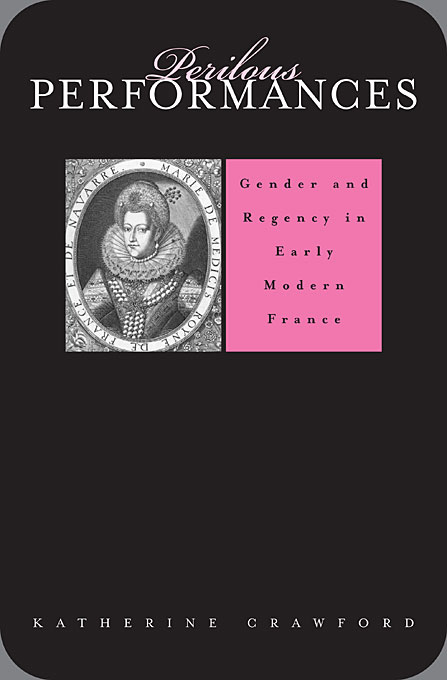 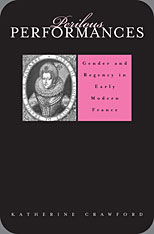 “Given all the ink that has been devoted recently to Marie-Antoinette’s role in the gender politics of the French Revolution, it is hard to believe that there is anything new to be said. But this book does exactly that by approaching Marie-Antoinette from the new perspective of possible regent after Louis XVI’s execution. By exploring the National Assembly’s intense debate on the nature of the regency, Crawford proves once again how central this institution was to the Old Regime monarchy… Crawford succeeds in rehabilitating the regency and demonstrating the centrality of gender performances for the French monarchy. Readers will find themselves happily surprised by certain twists and turns of her interpretation. Especially impressive is her ability to combine analysis of visual culture, gender theory, and political history… She has brilliantly tackled an important and understudied question about how the hereditary French monarchy survived the periods of royal minority, and she has provided a path-breaking model of integrating politics and gender analysis.”—Suzanne Desan, Journal of the History of Sexuality

“This is an engaging work on how regencies in France shaped the meaning of monarchical authority from the sixteenth century to the Revolution. Its scope is ambitious and does much to support the claims that regencies—interweaving politics and gender—were far more important than previously acknowledged. Regencies had powers and possibilities as well as vulnerabilities and ambivalent legacies. Perilous Performances draws on extensive archival, visual, and ritual materials to interpret the organization and impact of French regencies… Crawford’s work is significant in many ways. Here I can only mention a few of her contributions and hope they will inspire further studies… This book provides an important way of looking at this issue by making readers think about the critical, overt, and legitimate roles that gender could and did play in constructing the monarchy.”—Cynthia Truant, Journal of Modern History

“Crawford has provided scholarship with a valuable resource that illumines the complexity of gender constraints on political power in France and how regency innovations led to the emergence of the modern state. This study brings to the forefront the active role of the female regent during a time that resisted the political participation of women.”—Jennifer Powell McNutt, Sixteenth Century Journal

“Crawford deals with a tremendously important and understudied aspect of the French monarchy—the role of gender in the conception, representation, and practice of political power before 1750. This book will be eagerly received as a significant addition to the scholarship.”—Clare Crowston, University of Illinois at Urbana-Champaign

“An ambitious and impressive book. Crawford has combined extensive empirical research in texts and images with insights from cultural studies to produce the most thorough and sophisticated analysis of the debates about early modern French regencies available in any language. By carefully locating and reading the debates in their historical contexts, from the mid-sixteenth to the late eighteenth century, she demonstrates that regencies did not simply interrupt but rather influenced the evolution of political structures and thought in significant ways and that these episodes cannot be understood without scrutiny of tensions in conventional wisdom about family, gender, and sexuality.”—Jeffrey Merrick, University of Wisconsin–Milwaukee