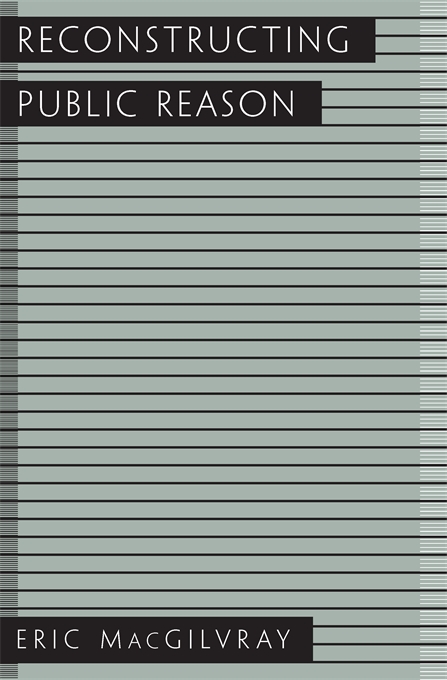 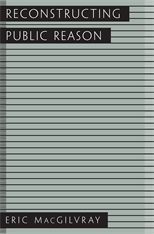 Can a liberal polity act on pressing matters of public concern in a way that respects the variety of beliefs and commitments that its citizens hold? Recent efforts to answer this question typically begin by seeking an uncontroversial starting point from which legitimate public ends can be said to follow. This reluctance to admit controversial beliefs as legitimate grounds for public action threatens to prevent us from responding effectively to many of the leading social and political challenges that we face.

Reconstructing Public Reason offers a fundamental rethinking of the nature and aims of liberal toleration, and of the political implications of pragmatic philosophy. It also provides fresh interpretations of founding pragmatic thinkers such as John Dewey and William James, and of leading contemporary figures such as John Rawls and Richard Rorty.