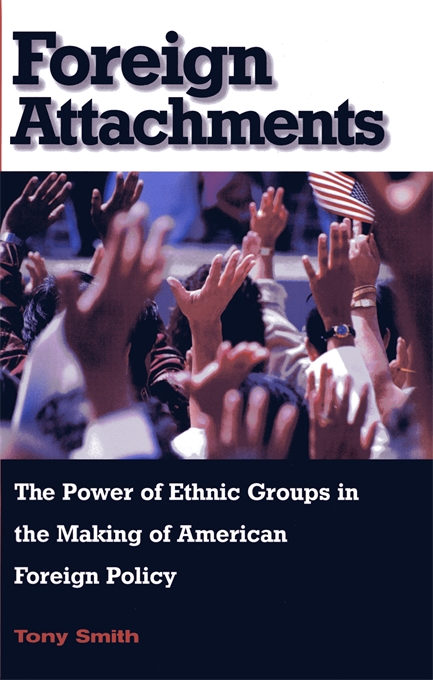 Who speaks for America in world affairs? In this insightful new book, Tony Smith finds that, often, the answer is interest groups, including ethnic ones. This seems natural in a country defined by ethnic and cultural diversity and a democratic political system. And yet, should not the nation’s foreign policy be based on more general interests? On American national interests?

In exploring this question, Smith ranges over the history of ethnic group involvement in foreign affairs; he notes the openness of our political system to interest groups; and he investigates the relationship between multiculturalism and U.S. foreign policy. The book has three major propositions. First, ethnic groups play a larger role in the formulation of American foreign policy than is widely recognized. Second, the negative consequences of ethnic group involvement today outweigh the benefits this activism at times confers on America in world affairs. And third, the tensions of a pluralist democracy are particularly apparent in the making of foreign policy, where the self-interested demands of a host of domestic actors raise an enduring problem of democratic citizenship—the need to reconcile general and particular interests.