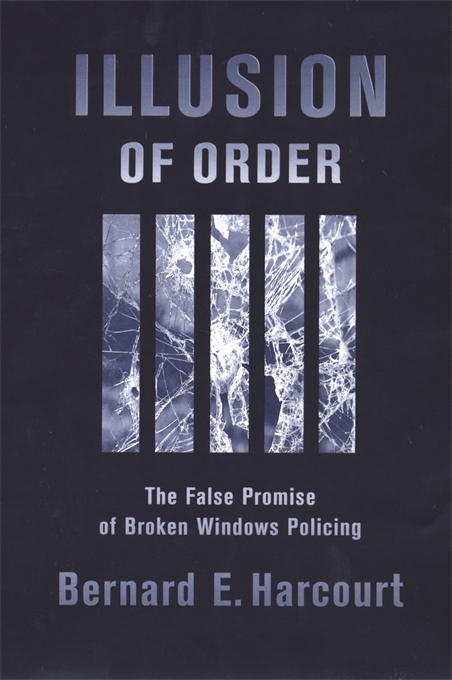 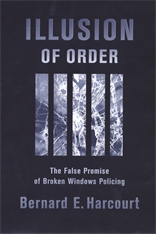 “The main contributions of this volume include its incisive analysis of the uses and abuses of the concepts of incivilities and disorder, its placement of the order-maintenance rhetoric within the broader economic and political discussions of the New Progressives, and its close attention to the legal and societal impacts of the rise to fame of this theoretical perspective. Harcourt’s book represents a sincere, thoughtful, and multidisciplinary effort to demythologize the incivilities thesis… The volume is appropriate for graduate students in criminal justice, criminology, political science, and sociology. I have used it in a communities and crime graduate course with good results.”—Ralph B. Taylor, American Journal of Sociology

“A 1982 article by James Q. Wilson and George Kelling introduced the concept of a ‘broken windows’ approach to combating crime: i.e., tolerating litterers, loiterers, and disorderly minor offenders promotes an environment fostering more serious crime. Harcourt exhaustively analyzes the claim that this approach to policing urban neighborhoods merits a significant measure of credit for the decline in crime rates and the improvement in the quality of urban life. He finds an absence of convincing evidence to support claims on its behalf, and explores some reasons for the credit given to it. Many other factors are identified that may more plausibly explain the changes noted. Furthermore, Harcourt exposes some of the harmful consequences of the policies emanating out of the ‘broken windows’ approach for especially vulnerable constituencies.”—D.O. Friedrichs, Choice

“[In] his new book, Illusion of Order, Bernard Harcourt argues that the ‘broken windows’ theory underlying New York’s policing strategy doesn’t deserve much praise… He suggests that no studies establish a link between neighborhood disorder and crime victimization… Offering a critique grounded equally in public policy and political theory, the book veers widely, from the writings of Michel Foucault and John Stuart Mill to a highly technical analysis of previous statistical studies. [Harcourt’s] arguments offer a measured counterbalance to the gung-ho advocates of ‘broken windows’ policing and a welcome warning about the limits of simplistic social policy.”—Seth Stern, The Christian Science Monitor

“Harcourt presents a ‘wake-up’ call to all those who blindly accept the ‘broken windows’ approach to policing. Highly recommended for all criminology and social science collections.”—Tim Delaney, Library Journal

“This is an excellent, timely, and thought-provoking book, absolutely critical to the continuing debate on the ‘broken windows’ theory. Harcourt’s book will be a welcome intervention in this ongoing public debate. As an academic matter, Harcourt takes on the social norms school, and effectively exposes its absence of empirical support. This, too, is a tremendously important contribution to the literature. Like ‘broken windows’ in policing, ‘social norms’ theory has been accepted all too uncritically in academia, and the questions Harcourt raises are the right ones.”—David Cole, Georgetown University Law Center

“‘Broken windows,’ ‘order-maintenance,’ ‘quality-of-life policing’: these ideas are fast becoming the conventional wisdom of contemporary crime control. In this, the first book-length critique of these policies and the ideas that underpin them, Bernard Harcourt goes straight to the heart of the matter. Harcourt asks, ‘Do these policies work?’ and ‘How do we know?’ and he addresses these questions with due attention to empirical evidence and methodological detail. But he also poses a more profound question. ‘How do these ways of policing disorder shape our citizens, our civic culture, and our social relations?’ His book is a timely reminder that in policing the ‘disorderliness’ of others, we also define the civic order in which we, ourselves, must live.”—David Garland, New York University

“This book makes a valuable contribution for taking on the sacred cow of the ‘broken windows’ theory. Harcourt makes a convincing case that the New York miracle is not a confirmation of the ‘broken windows’ hypothesis, but reflects the substantial increase in the number of police in New York and the number of arrests, plus the effect of the declining crack cocaine trade. He argues that New York City’s quality-of-life initiative has probably contributed to the decline in crime not from a reduction in litter, fixing broken windows, or beautifying neighborhoods, but rather through the enhanced power of surveillance offered by a policy of aggressive misdemeanor arrests. These mechanisms have little to do with fixing broken windows and much more to do with arresting window breakers.”—John Donohue III, Stanford University

“Bernard Harcourt’s scholarly examination of the broken windows theory and its influence on present day policing is an important contribution to the debate and merits reading by serious observers of American policing.”—Hubert Williams, President, Police Foundation