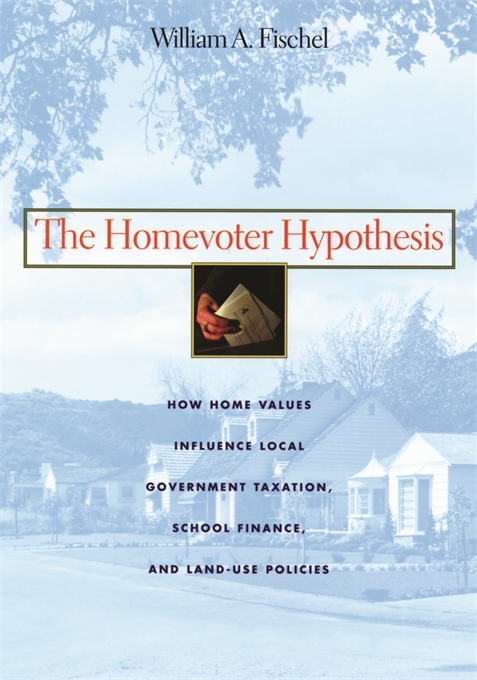 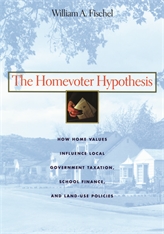 “Although other commentators have bemoaned voter apathy and the lack of civic engagement, Fischel shows how democracy thrives at the local level. As the ‘homevoter’ looks at all the factors that affect property values—good schools, effective management of traffic, fewer undesirable uses such as landfills and prisons—he or she becomes politically engaged… The Homevoter Hypothesis…[is] an important contribution to the ongoing conversation about how best to manage growth.”—Anthony Flint, The Boston Globe

“Fischel…describes ‘homevoters’ as homeowners whose votes determine the character of local government. From their ranks comes the median voter, whose needs are most likely to be met by democratically elected officials… Fiscal efficiency in local government, Fischel argues, requires close correspondence between taxes and the services they fund… Fischel rounds out his brief for local government with examples, anecdotes, and further suggestions for reform. Though best characterized as advocacy economics, the work is well documented and thoroughly researched, encouraging the diligent reader to engage in the debate. Recommended.”—R. S. Hewett, Choice

“The Homevoter Hypothesis is a valuable contribution to debates over how to allocate land use and environmental regulatory authority among the federal, state, regional, and local governments. Fischel bring sorely needed balance to those debates. He systematically builds a theory favoring local control over land use by bringing a large and wide-ranging literature to bear on the problems of localism versus federalism. It is a very important book.”—Vicki Been, New York University School of Law

“The Homevoter Hypothesis was a pleasure to read. Fischel has a unique style for an economist. This book is full of anecdotes and personal observations, yet underlying these stories and observations is very impressive scholarship. Fischel has read and internalized everything worth reading in this area, and this scholarship comes through very clearly. This book shows a different and refreshing prospective; it is rich in detail and content, but also very coherent.”—Jon Sonstelie, University of California, Santa Barbara